News / Rules update from the Chairman 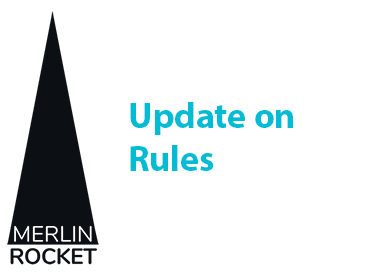 This presents opportunities that intrigue the most creative of boat designers, builders and amateur sailors alike. We amaze each other with our ingenuity in developing ways of controlling our three sails and reducing the drag on our hulls and appendages. Few large classes have seen such invention as witnessed by the interest seen at the Dinghy Show.
Central to this development are the restrictions within our Class Measurement Rules. These need to be kept under review to ensure that any developments devised by clever and creative designers and sailors do not threaten the ongoing appeal of the class, for reasons of ethos, cost or practicality. Some new restrictions have been very consequential, as in the case of the earlier revision to the bilge keel rule to prevent the fairing in of planks, or less so in the case of rudder fences*. Either way, this creates a cycle of continuous improvement and provides hours of discussion in the bar. More recently, hours of Zoom calls!
(*Rudder Fences. Please note that the pre-2020 rule that prohibits fences has now been re-instated. Best check your rudder complies for the new season!)
Whilst these have in the main been addressed and corrected as they arose, more recently there has been an increase in the number of matters arising and, in some cases, in their potential complication or importance. The lack of a recent general meeting has also resulted in a backlog of resolutions to be determined.
However, to avoid the aforementioned hours of discussion in an AGM (above a noisy and inviting bar), we propose to share these with the membership for written discussion some time before to ensure all pros and cons are considered and subsequently shared with members. In a more streamlined and efficient process, we can then vote online (or other) on the final proposals for later submission and approval at the AGM.
We hope that this methodology will maintain the evolutionary nature of the Merlin Rocket and pro-actively encourage the creative, ingenious and down-right bloody minded to continue to produce both safe and wildly extreme designs, and everything in between.
While the current restrictions and Zoom are a challenge, look out for updates in the summer. If you’re not too busy on the water.
Happy designing, experimenting and sailing.”