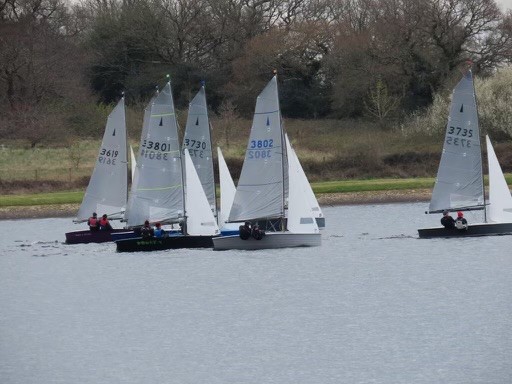 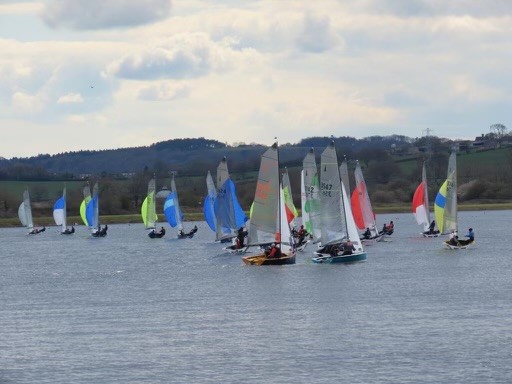 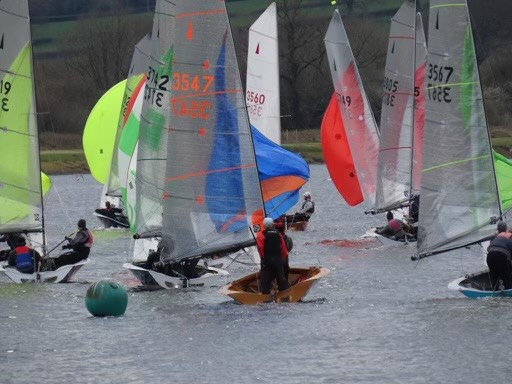 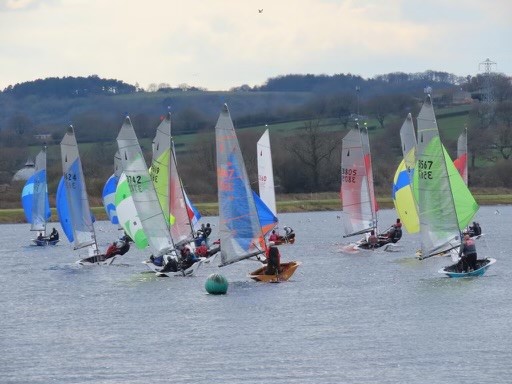 23 Merlin rockets gathered at Bartley SC for round four of the Craftinsure Silver Tiller series 2022. A pretty pleasant day with a bit of sun and a nice 5 to 12 knots of STEADY breeze!!

Race 1, was a short beat across the lake, leading at the first mark were Rob Kennaugh and George Bentley in 3700 followed by a gaggle of, well, all other 22 boats. Rob and George lead for most of the race until the last lap, where the STEADY breeze dumped them.

Taking advantage of this were Tom Gillard & Rach Gray and Mike & Jane Calvert, with Rob & George, unfortunately, dropping to third.

Race 2, was the same course with the left side of the first beat paying again. Tom & Rach lead from start to finish with Taxi Davis and James Dawes chasing hard. Matt Biggs & Beka Jones scraped third on the last beat from Simon Potts & Sam Mottishead, as had happened in the first race, THANKS Simon 😊!!

In for a fantastic lunch, put on by the Bartley catering team, then out for another 2 races.

Steve Ward (OOD) and his team, set a new course for race 3, as the STEADY breeze had shifted a little. First out the blocks this time was Simon and Sam, who nailed the first beat and didn’t look back. Second and still chasing hard was Taxi & James, they couldn’t quite catch the leading pair, probably due to keeping one eye on the fast-charging Tom & Rach.

Last race, Tom & Rach already pretty secure with a win overall, took their time on the first beat, maybe seventh around the first mark. Meanwhile, up-front Taxi & James, Simon & Sam, Mike & Jane, Matt & Beka were all having a little battle. I think we were all fairly consumed with our own PLAYTIME no one noticed the sneaky ###k, Gilley sail past us all ☹. Don’t mean it, Tom!! Anyway Tom/Rach lead at the finish, Matt/Beka 2nd Taxi/James 3rd. What a day!!

First in the silver fleet, sailing really well and challenging quite a lot of the Gold fleet was Colin and Sean Anderson, with Richard Cooke & Russell Hall leading the charge for the bronze fleet. Bartley was also the first in the Vintage and Classic Series of 2022 with Ollie Houseman and Egle Tumosa winning the Vintage fleet and Peter and Tim Male the Classic fleet.

Thanks to Mark Reddington and all the team at Bartley for running a great event, hopefully, we will be back in 2023!!

Next up the Craftinsure Silver Tiller heads to Salcombe Yacht Club on the 9th and 10th April.

Thank you Matt Biggs for the report.