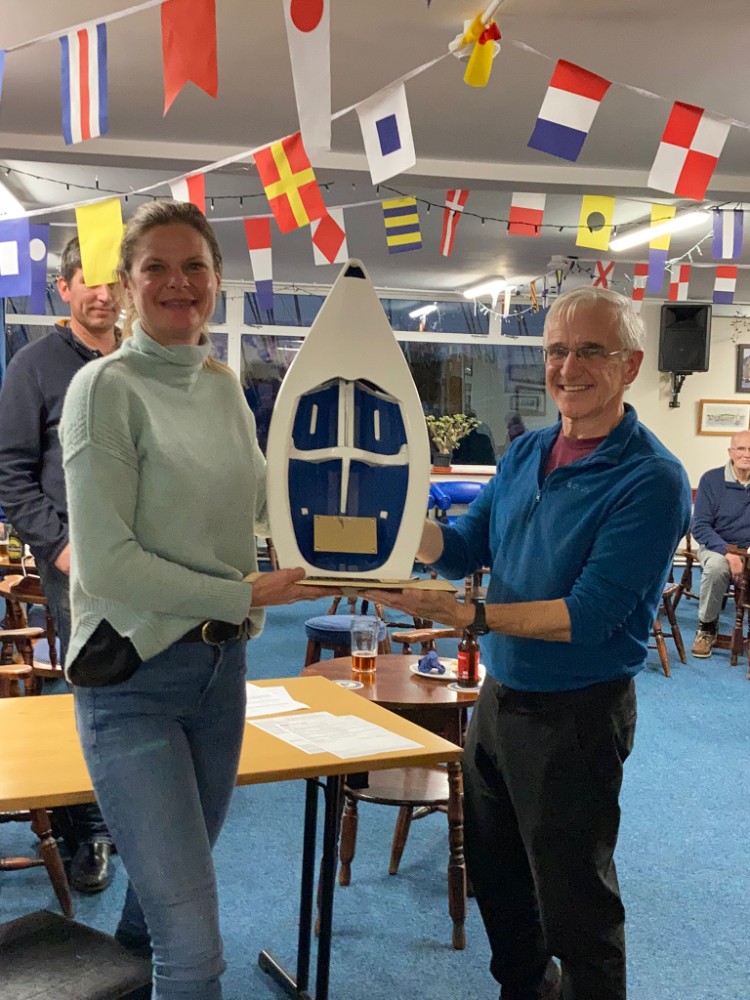 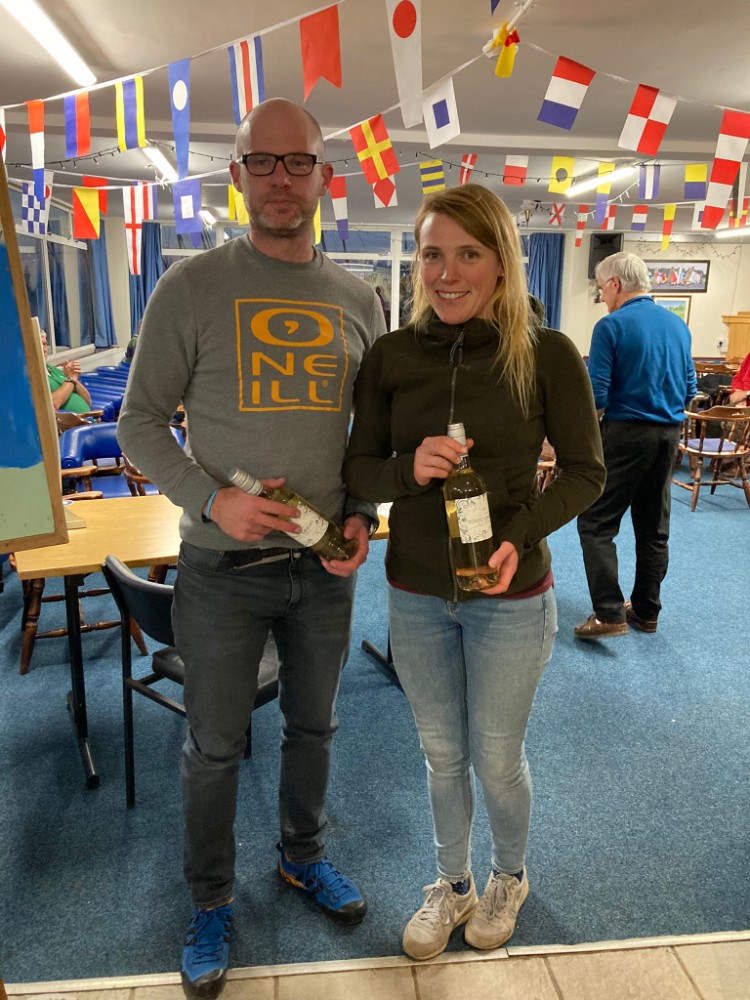 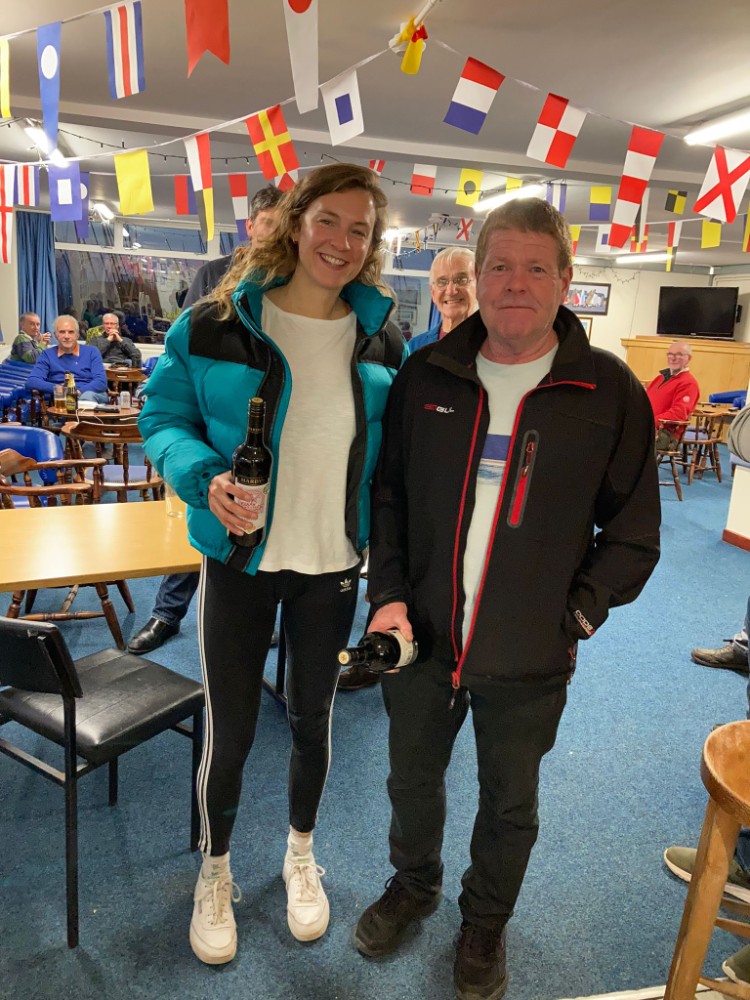 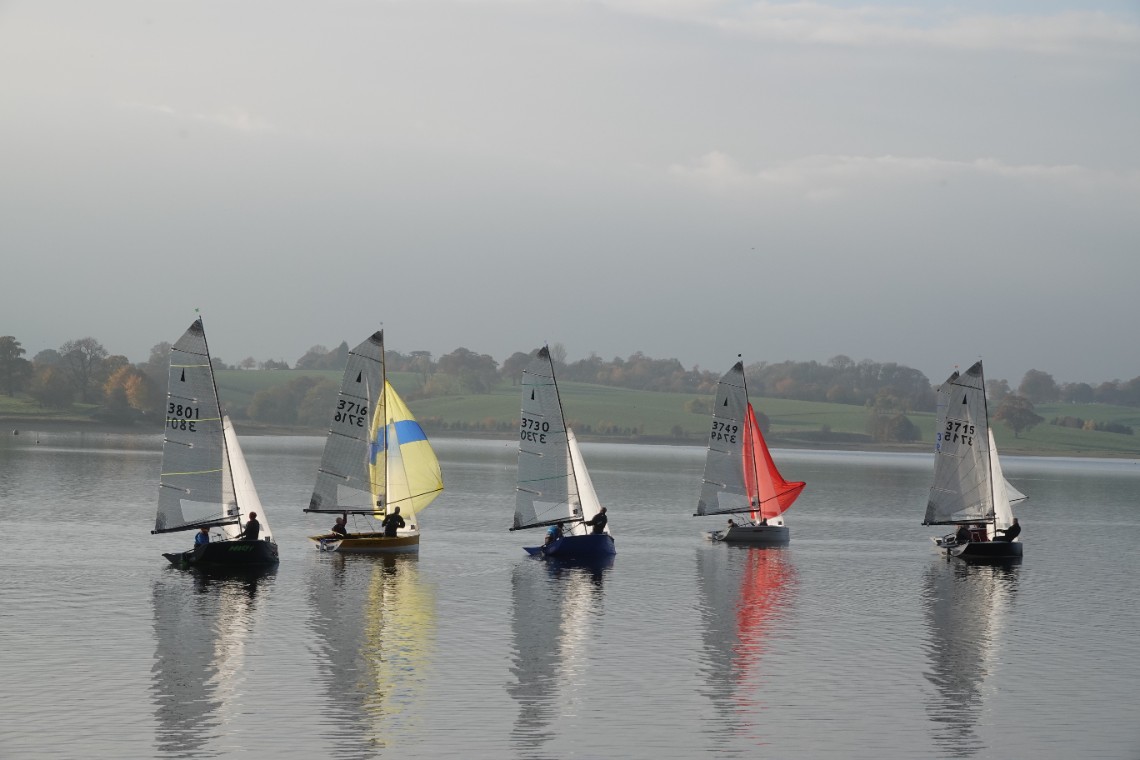 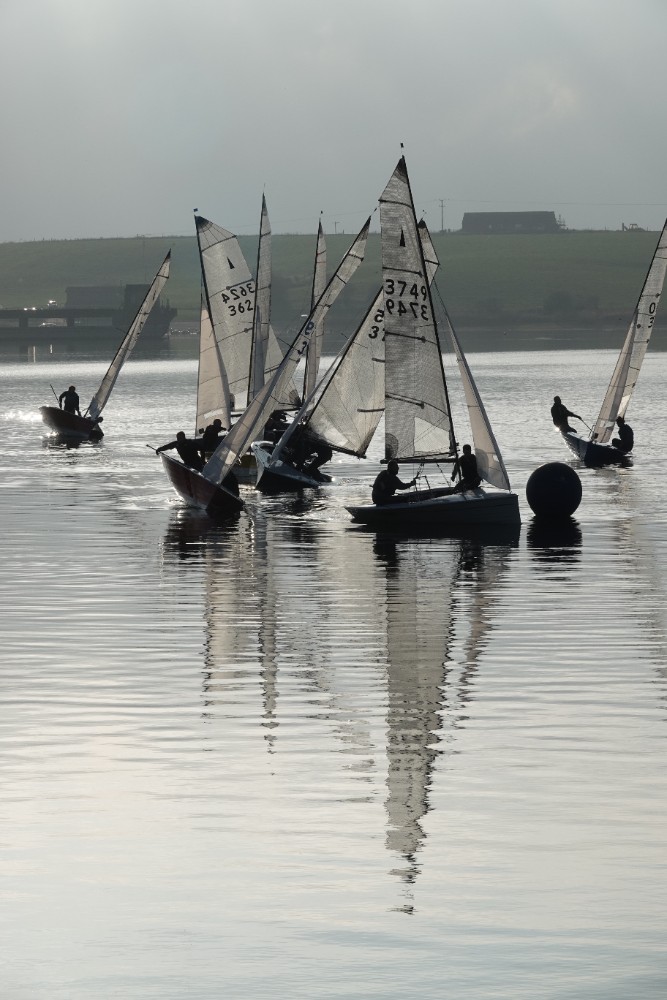 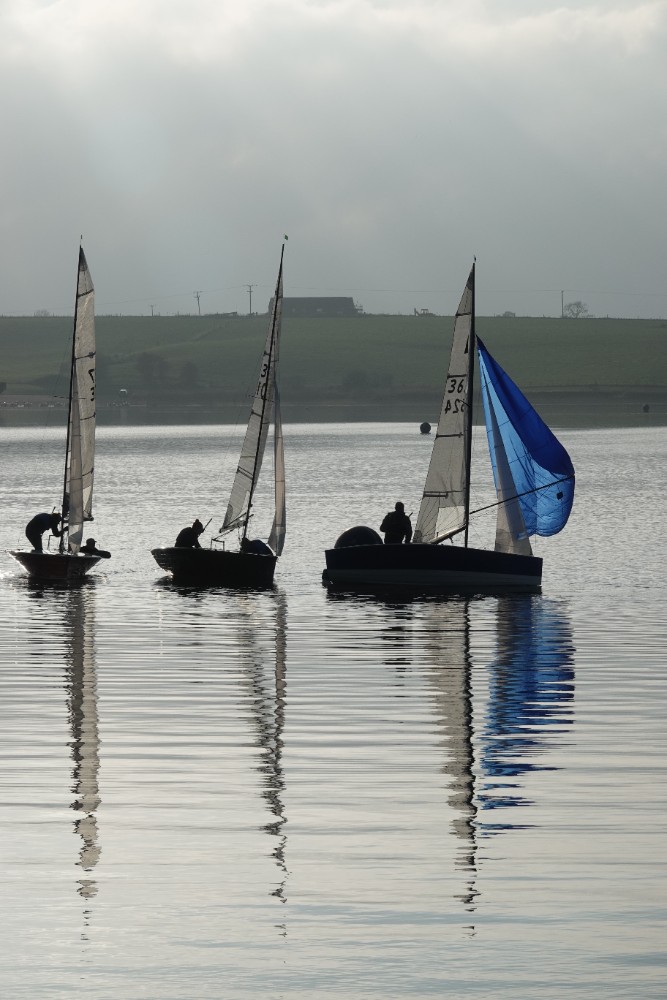 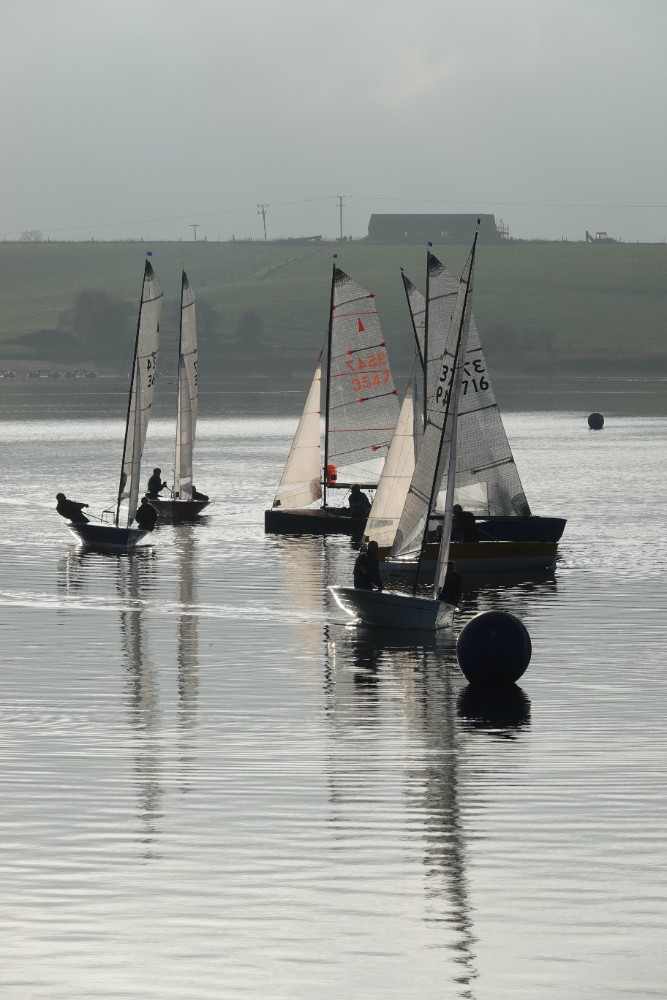 17 boats gathered at Blithfield Sailing Club for the latest round of the Craftinsure sponsored Merlin Rocket Silver Tiller 2021. Unfortunately, the wind forgot to come and play, 0 to 2 knots!!!

Race one, what wind there was, swung, so, a nice fetch to the first mark. After 20 mins sailing the first boat rounded and headed to the second mark. Exciting stuff!! Anyway, leading at the finish was Tom Gillard and Rachael Gray, followed by Matt Biggs and Beka Jones with Rob Kennaugh and Andy Posser just behind.

Race Two, and first start abandoned four seconds before the start. Restart – Tim and Peter Male leads to the first mark, with spinnaker flying, just. There was a bit of uncertainty to the rounding, some went to port others went to starboard. After the first few boats unwound themselves, should have been rounded to port, the leader, Chris Martin and Sam Bailey, led to the second with Taxi Davis and Pip Kilsby hot on their heels. It was Taxi and Pip first to finish, followed by Chris and Sam with Matt and Beka in 3rd.

Race three, was a really light beat, Taxi and Pip led followed by Tom and Rach then Colin and Sean Anderson. On the run, Tom and Rach gybed out and took the lead and held onto the end whilst Taxi and Pip stayed on the back side and got caught by a pack who came downwind in a puff of breeze. Steve Leney and Paul Keeling came through to second with Phil and Paula in third.

After ‘sailing’ Blithfield put on some great food and beer, which I think we all needed, well I did!!!