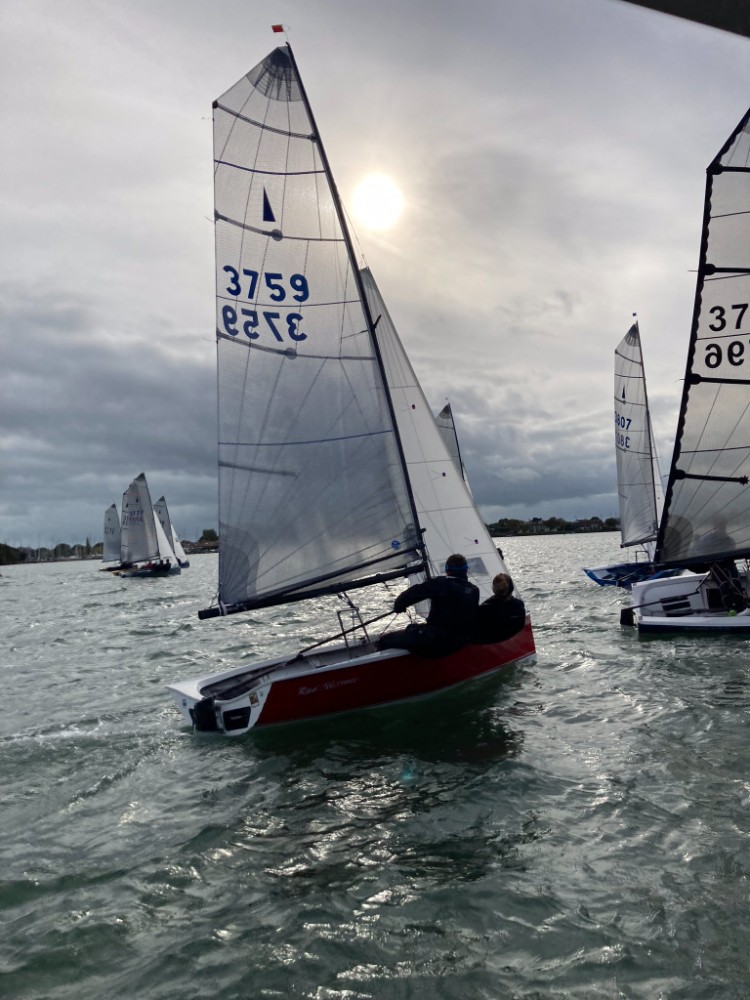 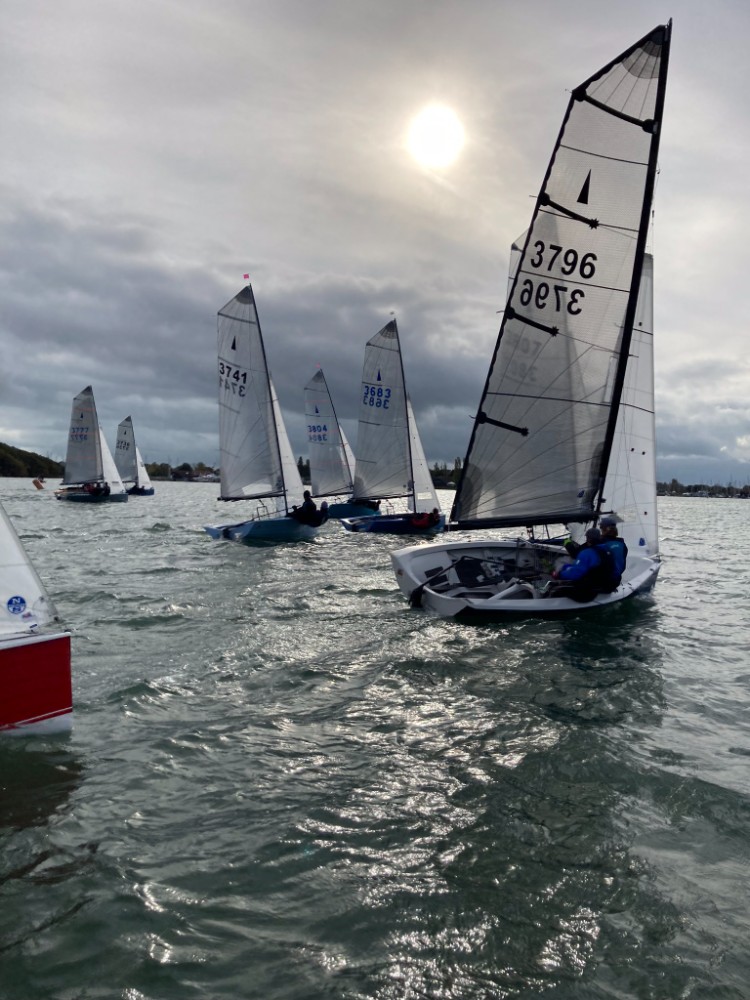 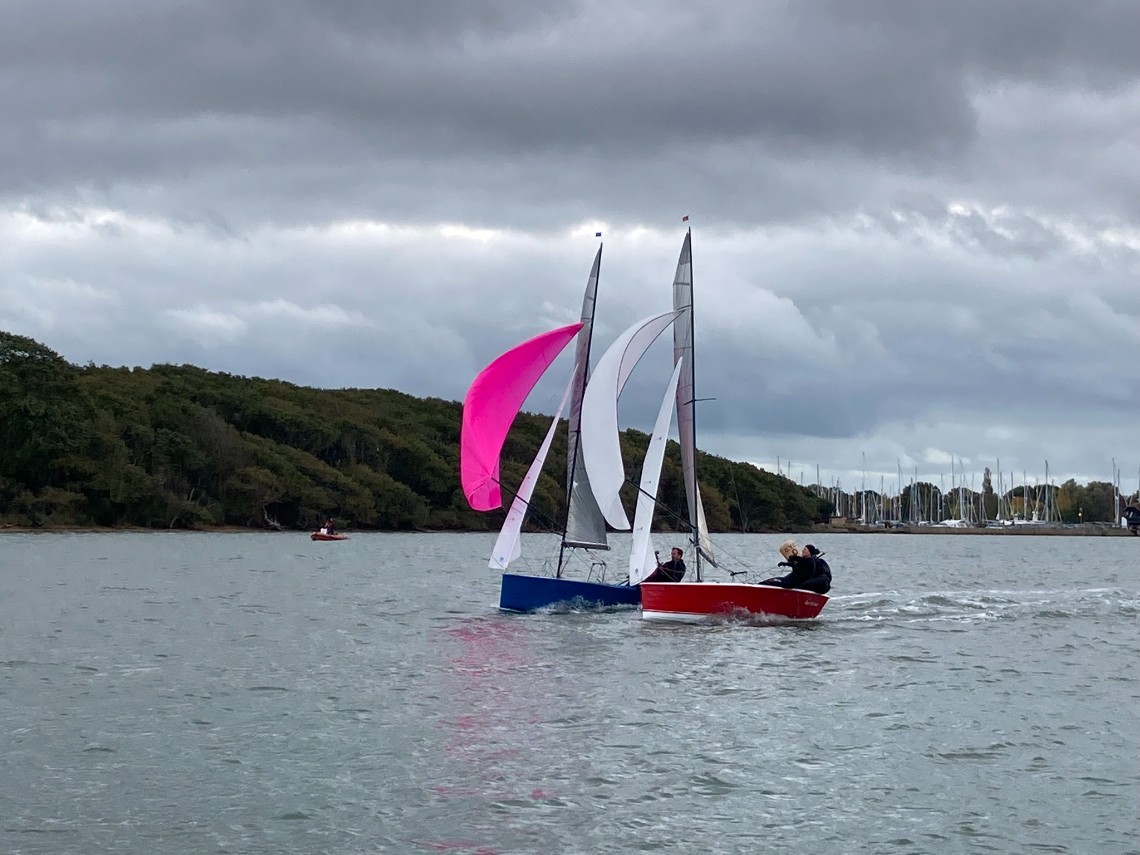 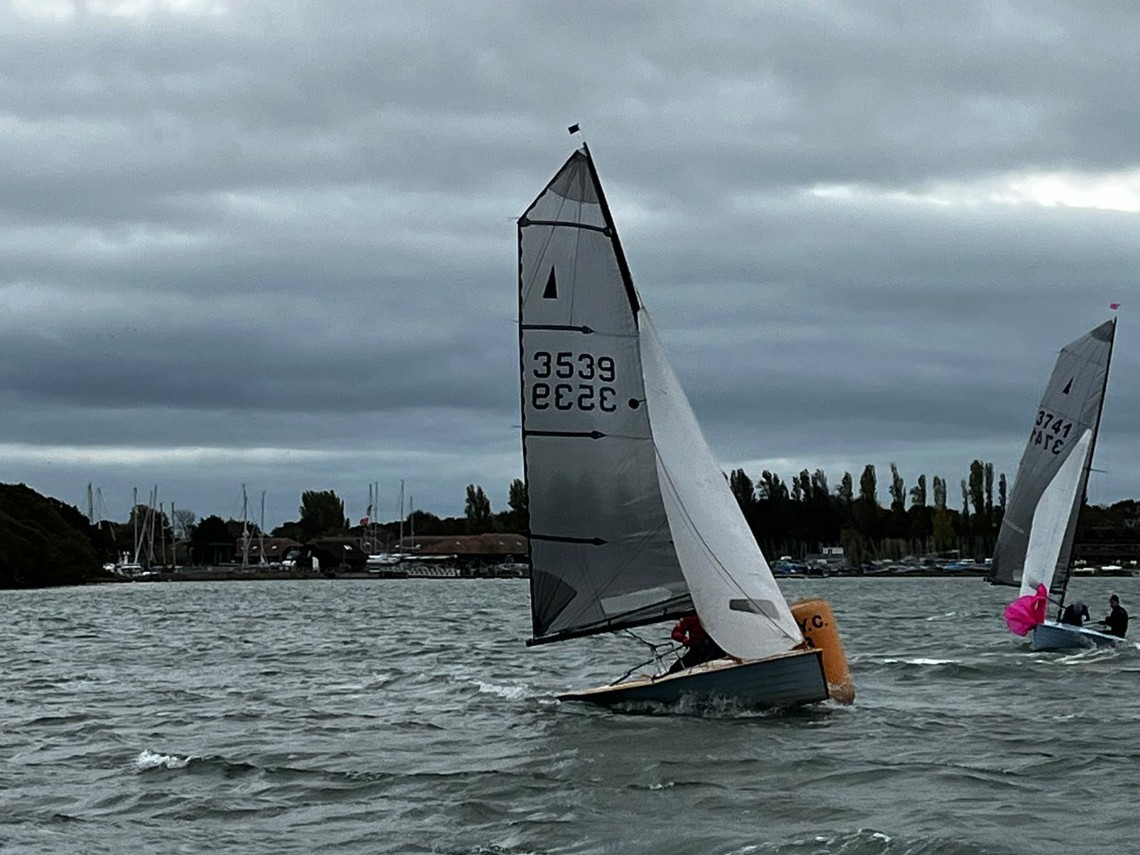 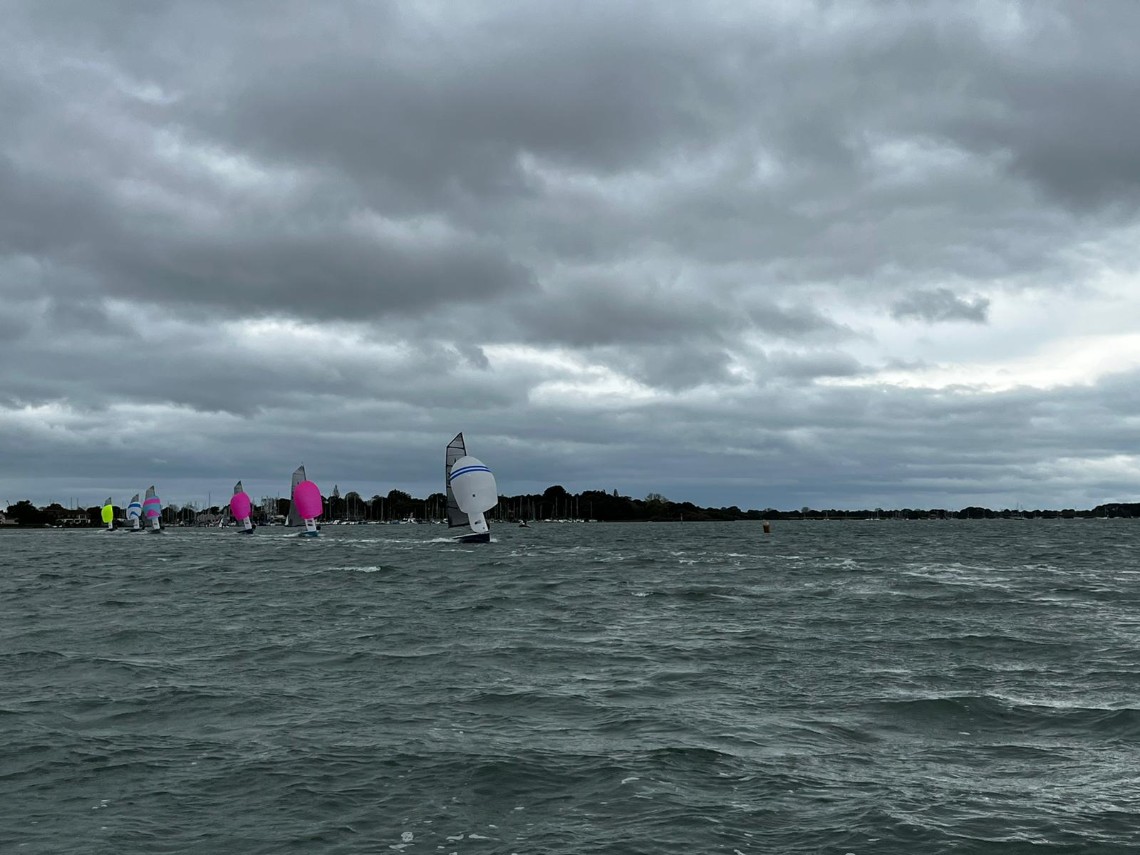 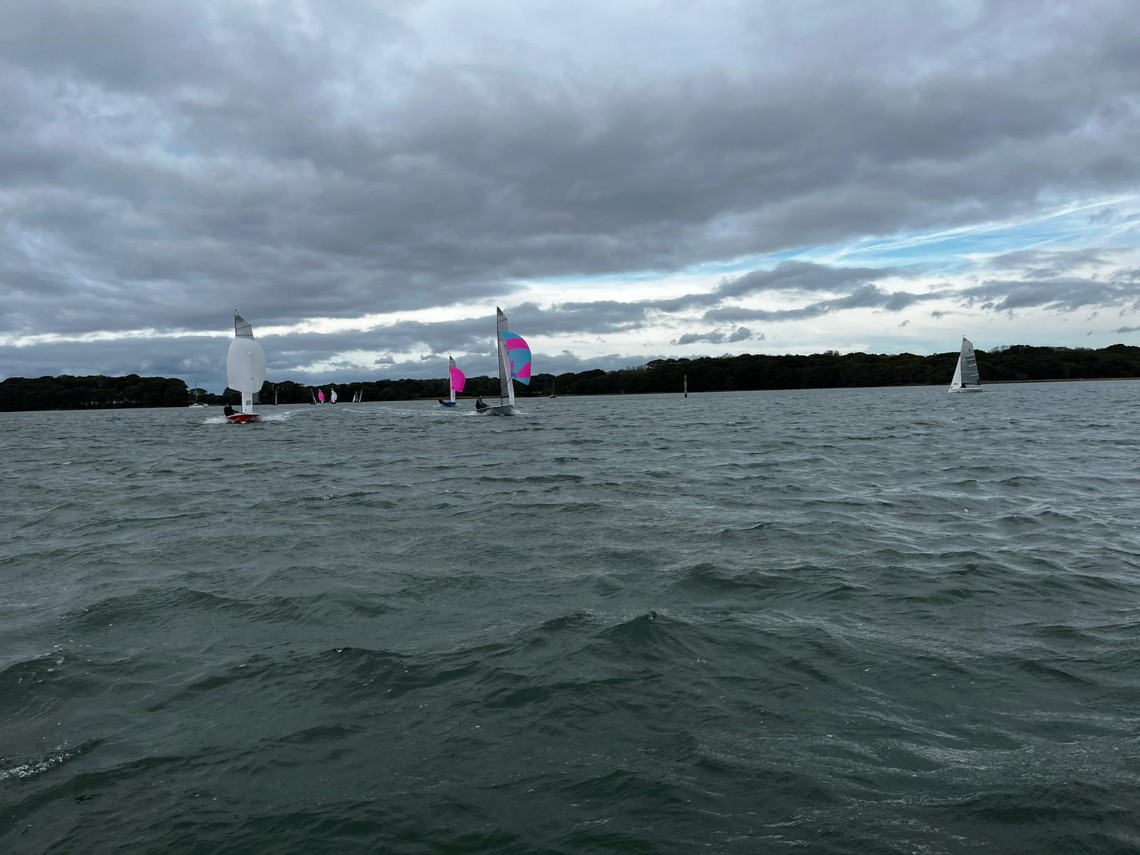 PRO Pete Harrison welcomed the fleet to Chichester Yacht Club on Saturday 6th November for their 2021 Craftinsure Silver Tiller, with a quick briefing before a prompt start on one of the springiest tides of the year. A big thank you to Pete, Assistant Race Officer Lucy Boreham and their team for running the races. Thanks also to Karen Cheesman, CYC’s Rear Commodore Dinghies for presenting the prizes.

George Yeoman and Mark Oakey were quick out of the blocks and led the pack to work the left side of the course where there was more wind and favourable tide. It was nip and tuck in the front group throughout the race, but George & Mark were eventually given space on the final triangle to extend and take a convincing win. Tim Saxton & Mary Henderson rounded the final leeward mark close behind Tom Gillard & Rachael Gray and tacked straight away to finish at the pin end, clinching 2nd.

A special mention in this race goes to Matty Key for his “save of the day” during a particularly pokey Chichester-esque gust on the bottom reach.

The wind had increased and gone slightly left, and the tide had turned for the final race of the day. This caused a very busy first windward mark. Tom & Rachael extended throughout to win, with Tim & Mary comfortably in 2nd after a lovely run in Lap 2. Meanwhile, the battle for 3rd was on. William Warren & Megan Pascoe had a great first half of the race with constant pressure from Caroline & Charlotte who were dizzyingly fast all day. Disappointingly for this correspondent, it was George and Mark who came swiftly through from 5th to 3rd as wild cards for the hotly contested final podium place in Race 3. For George & Mark, their 3rd was enough to promote them out of the report-writing position overall (on countback to Tim & Mary…what a pain!).

Next up we head to Blithfield Sailing Club on Sunday 14th November. You can now also book your tickets for the Craftinsure Silver Tiller Dinner and Dance at Itchenor Sailing Club on Saturday 4th December, please help the club plan and book early - https://www.itchenorsc.co.uk/event/merlin-end-of-season-black-tie-dinner.

Thank you Mary Henderson for another lovely report!