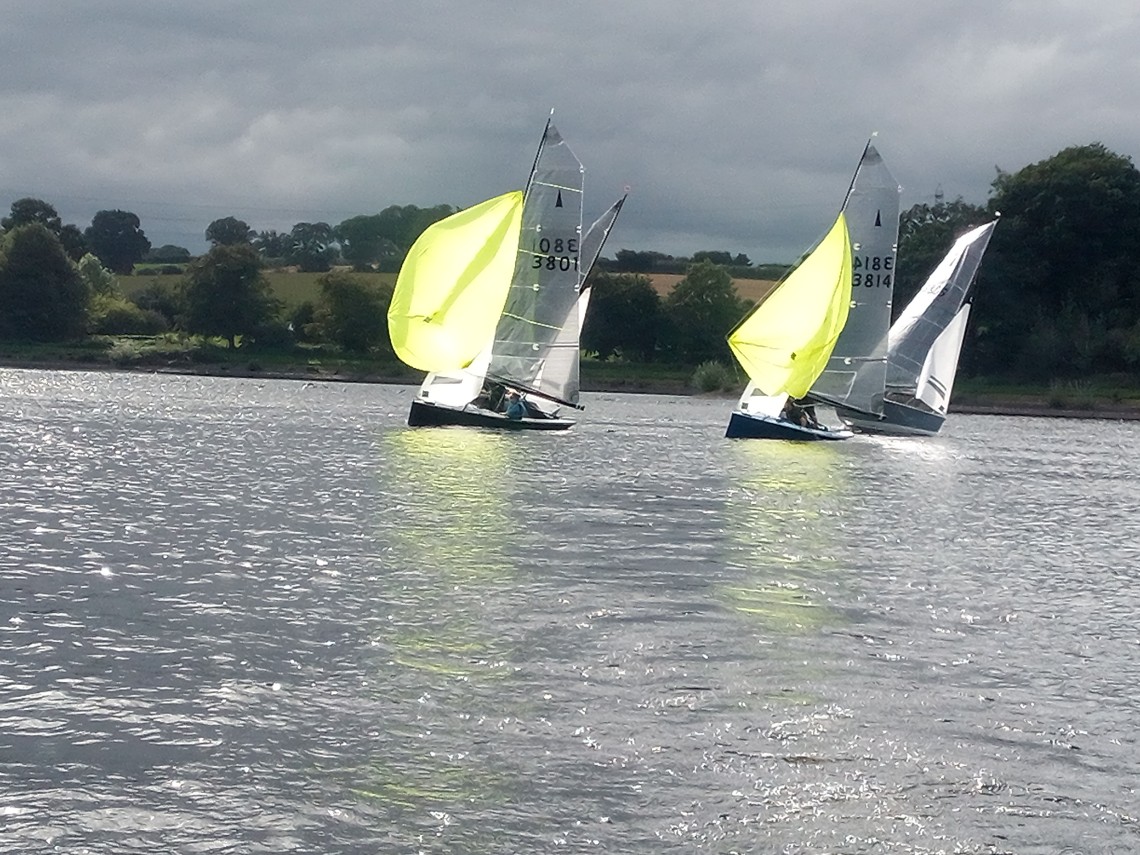 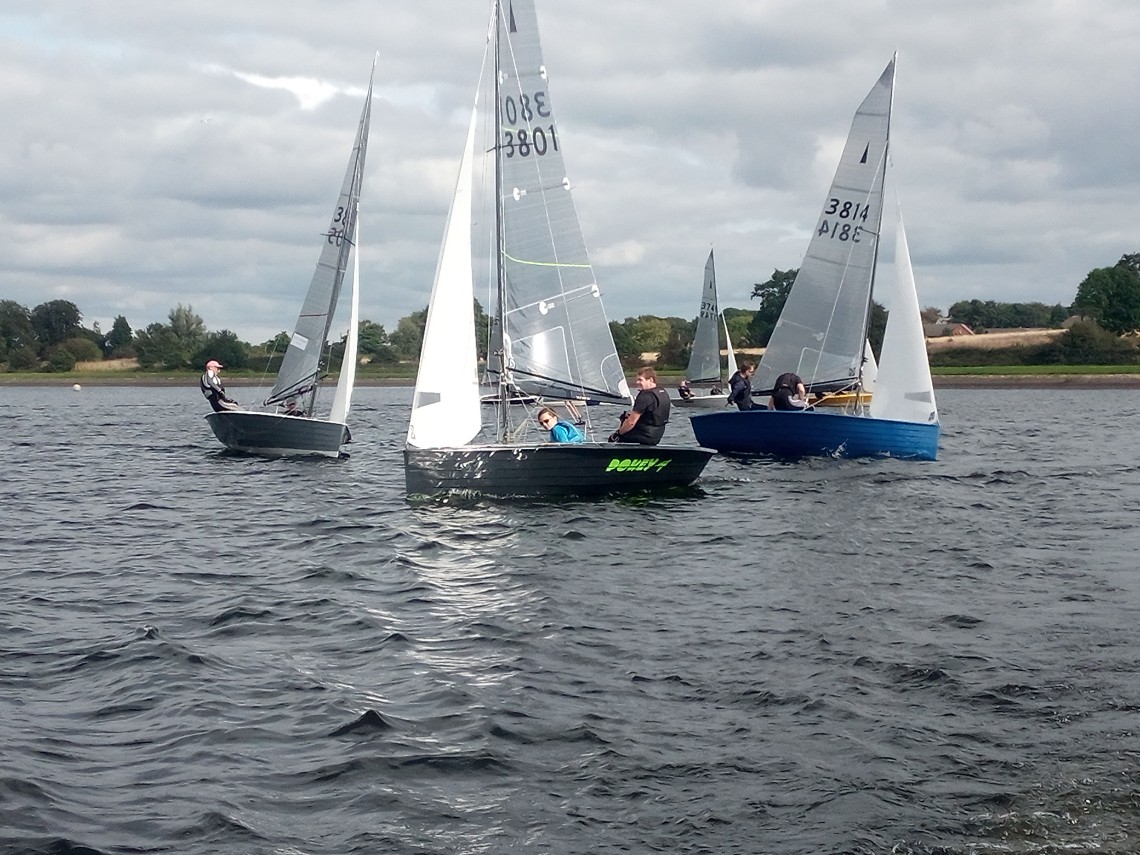 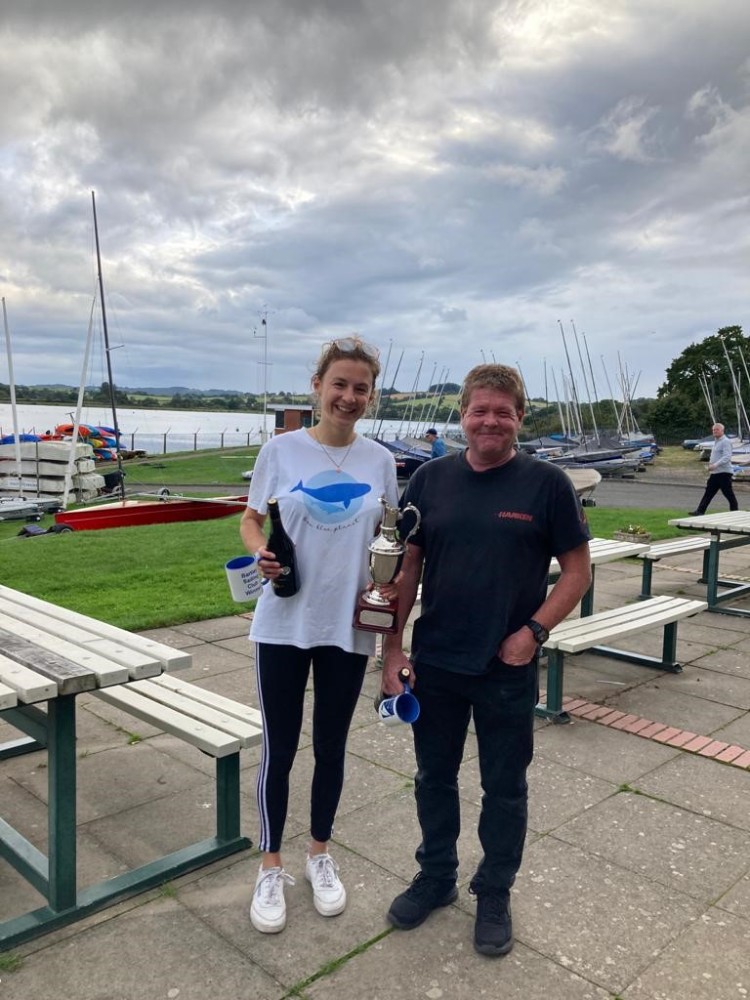 The latest round of the Merlin Rocket Craftinsure Silver Tiller took place at Bartley Sailing Club on Sunday 19th September. After a few days studying various forecasts from numerous weather sites we finally chose the one we thought best but even this exceeded expectations as we had more sun, no rain and enough wind!

Eleven boats gathered and were briefed by race officer Steve Ward who had decided to postpone the 11 o’clock start to wait for the wind to build. After a half hour delay there were signs that the breeze was filling in so the fleet were sent afloat.

The first beat was very tricky but Matt Biggs & Beka Jones and Andy Davis & Pippa Kilsby got to the windward mark first and took a nice gust to pull away from the following pack. The breeze continued to be very fickle throughout the race with some very large holes that caught out some but the leaders continued undaunted to finish with Matt and Beka first closely followed by Andy and Pippa. Steve and Gill Leney with their usual light wind skills came through to finish third.

Race two started after a lunch break and the wind had had a chance to build further. This time it was Andy and Pippa who took the win with James Goss and Chris White sailing well to finish second and the consistent Leneys’ third once again. There was a battle for fourth with three boats finishing with less than a half metre between them and another a metre adrift.

By the time of the start for the last race of the day the wind had further increased and although there were still some snakes and ladders it was stronger.  The windward mark was busy as the fleet rounded to port and headed off downwind on the third different course of the day.  Matt and Beka rounded the leeward mark first with Andy and Pippa a couple of places behind. Eventually Andy took places back but failed to catch Matt giving the event win to Matt and Beka. James and Chris held in there to finish third in the race and third overall and the Leneys in fourth in the race and fourth in the event.

At the prizegiving the sailors thanked Steve Ward and his team for managing the event in some very difficult conditions but all said they had enjoyed the close racing.