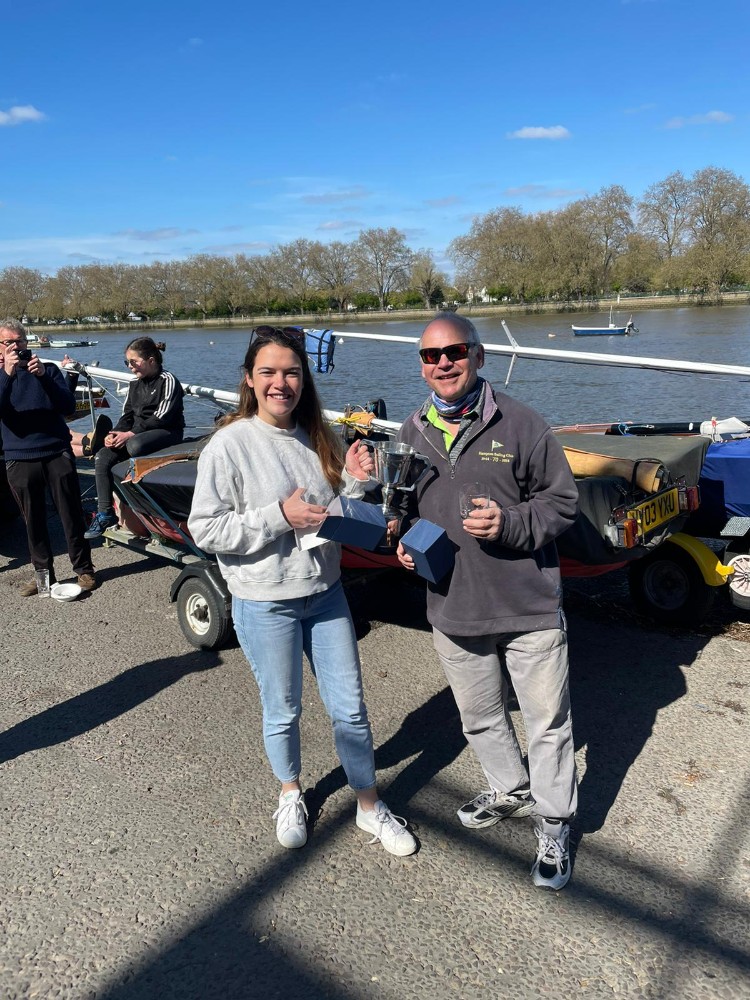 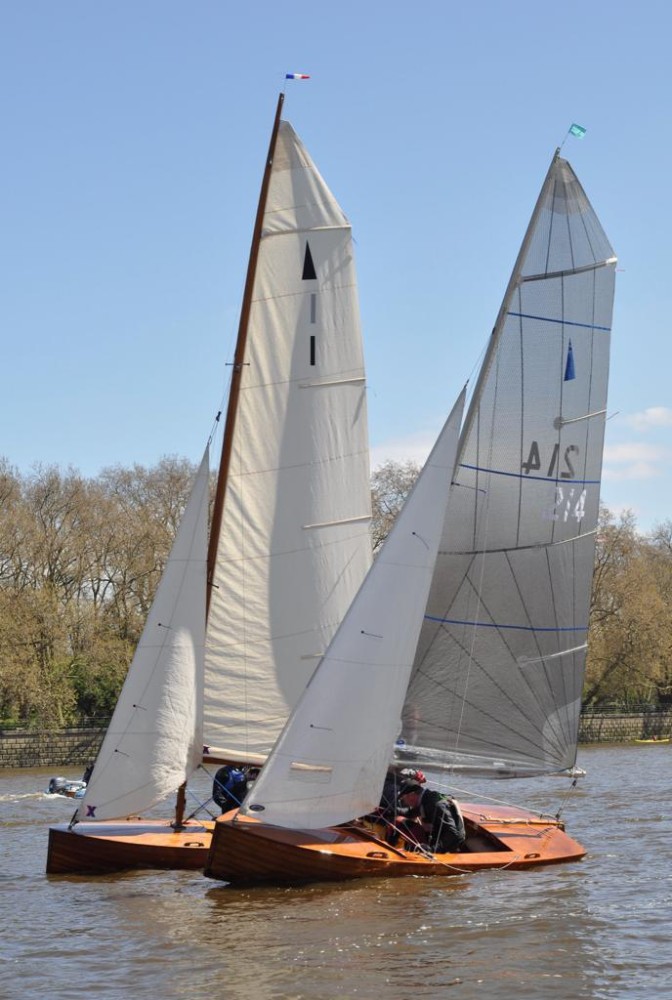 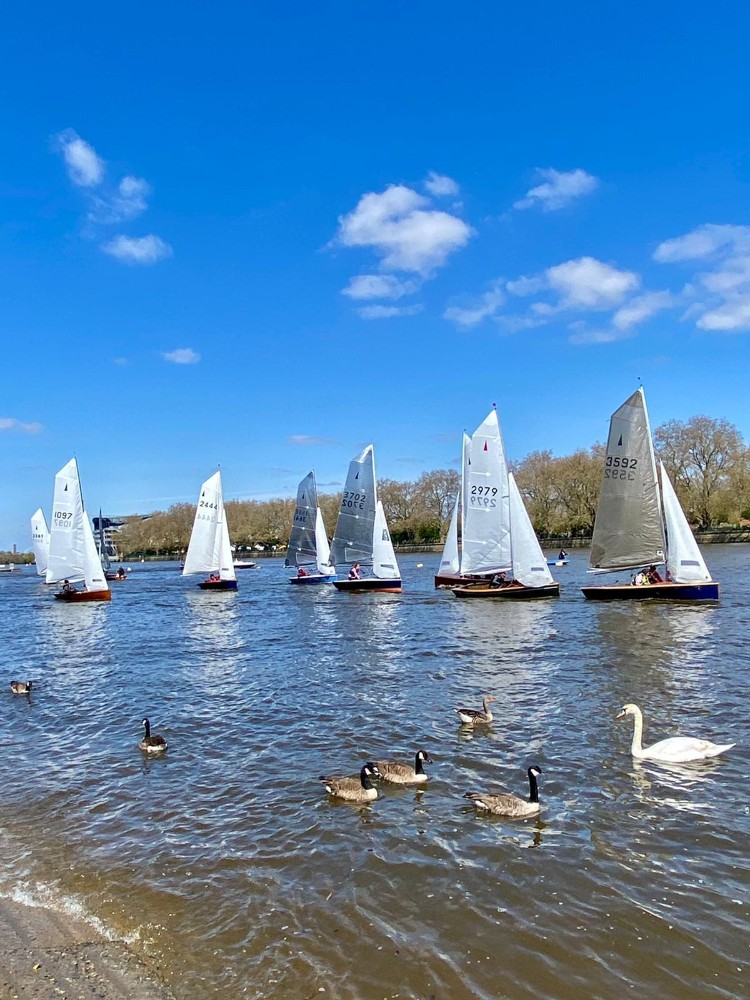 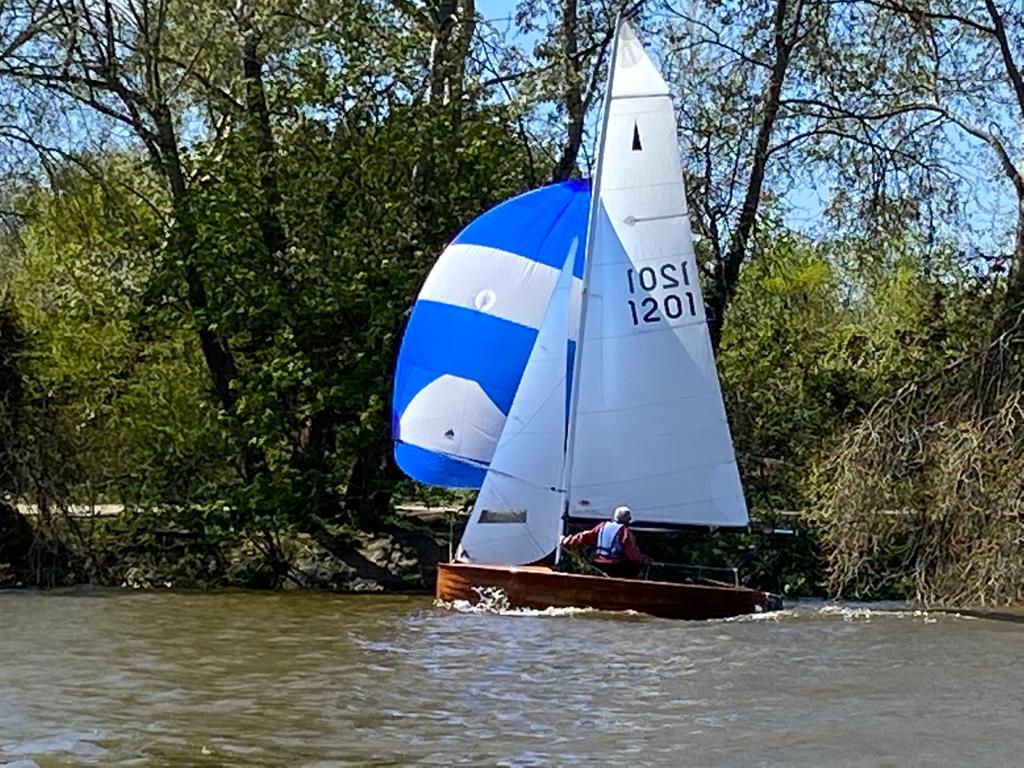 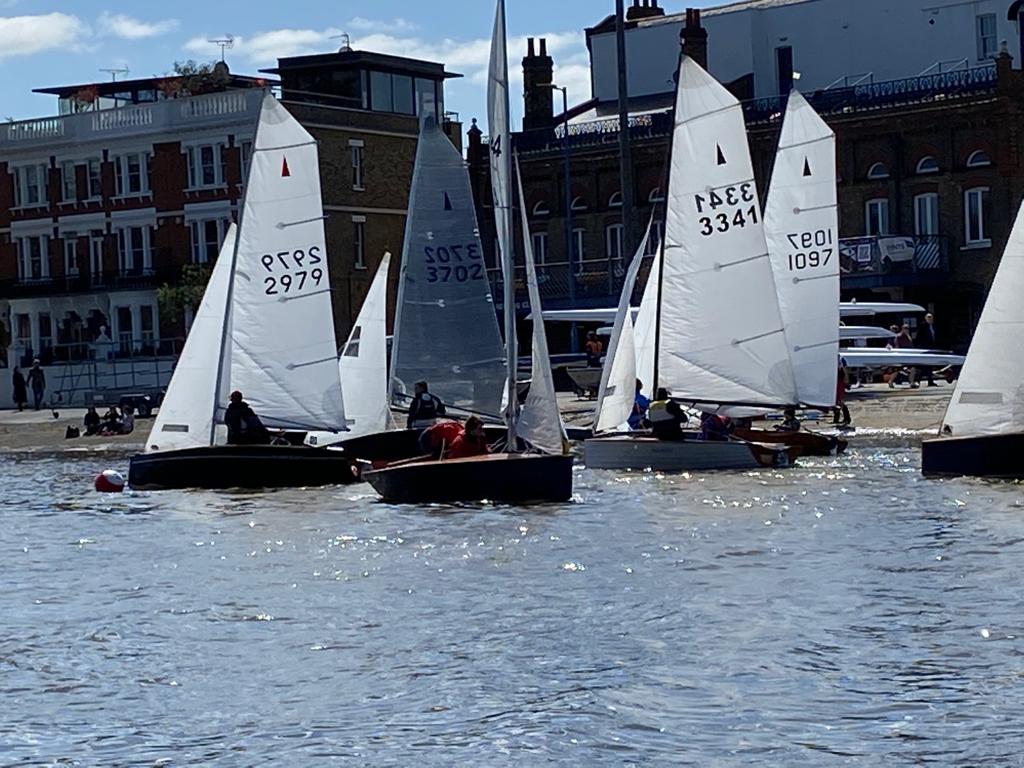 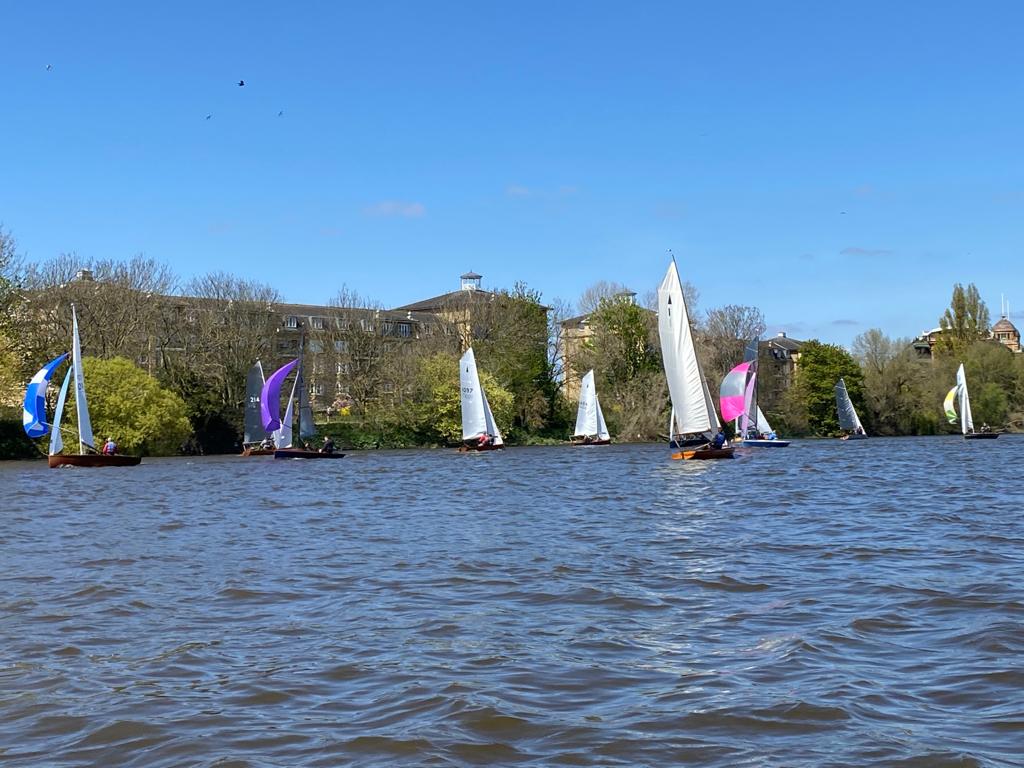 Far outweighing the joy of the long awaited ending of lockdown, and the re-opening of pubs was the thrill and anticipation of the first Ranelagh Sailing Club Merlin Rocket open meeting of the year, which also happened to be the first event in the 2021 Thames Series and the second in the vintage de May series.

Twenty two merlins assembled on Putney Embankment with 12 twelve visitors from as far afield as Salcombe, Draycote Water and neighbouring clubs on the Thames. The sun didn’t appear until we’d all launched without sun cream but the wind piped up from blustery to very blustery just as we all hoisted our sails.

This was a traditional upriver Ranelagh race, on the last of the extremely strong flood tide. This involves the usual Ranelagh tactic of launching as far from the start line as possible and staying as far away from it as possible for as long as possible. This was achieved by all with absolutely no possible need for any recall flags.

As usual for the Thames, there were boats of all ages, including the wonderful Kate (no.1) and the slightly less old but equally beautiful Diablo (214), looking stunning having benefitted from some professional lockdown loving. Number 654 emerged from the Ranelagh shed for the first time since who knows when, and there were wide plastic boats and everything in between. 654 has written a separate report of her day out of the shed: https://www.ranelaghsc.co.uk/merlin-m654-diary-entry-25th-april-2021/ It didn’t end well.

Martin Hunter and Tim Williams set the bar high taking an early lead at the first buoy located on the Barnes side of the river opposite the Crabtree pub. Others in the mix were John and Livvy Bell in Grand Teton (1201), Joe McLaughlin and Sean Roberts in Sublime (3724), and Mark Waterhouse and Arthur Henderson in Puff (3641). Jack Norton and Gretel Scott were sailing a stormer in their almost first attempt at Merlin sailing in club boat Moderation (2979) racing for a podium position until a fruity gust hit mid-tack causing a major fill-up on the penultimate lap. Turning into the strong tide the front bunch compressed and short tacked the way up the Putney shore. The gusty East-North-Easterly presenting an extraordinary challenge to be on a making tack at any time.

The second mark saw the front bunch wait in the tide for what looked from behind like an extremely long time, providing entertainment for the genuinely large crowd watching from the Embankment. Sometime around this point (or possibly the following lap) John and Livvy appeared to pull clear and managed to stay ahead for the remainder of the three lap race, despite challenges of multiple varieties. Never is a bell more welcome than the finish bell of a Ranelagh race.

Duncan and Harriet Salmon in Salmon en Croute, having spent the first two laps tying and re-tying their spinnaker sheets, downhaul and halyard, finally managed to fly it in an almost correct configuration and somehow pulled through to second. Third was taken by Sean and Joe in Sublime.

Further back Jack and Gretel’s misfortune allowed Kate, sailed by Frances Gifford and Alex Warren, to take the much coveted but unrewarded title of first Ranelagh boat, contested by an exceptional ten home boats. The very welcome and well travelled Burton family (2037 and 3482) from Draycote and Medley Sailing Clubs had a strange but true simultaneous but entirely separate explosion of rudders, and Andrew and Ellie Mills’ rudder pintle ripped off in sympathy.

Once ashore the usual conviviality of beers and free chilli and rice followed by brownies took place on the embankment, served in the Covid-free shed. This was of course followed by an elbow bumping prize-giving, and the presentation of the wonderful trophy first awarded in 1946 to John and Livvy Bell.

Another chaotic day at Ranelagh Sailing Club was definitely enjoyed by everyone. Join us again on Saturday July 17th for our downriver open, into London under the bridges. Not to be missed.