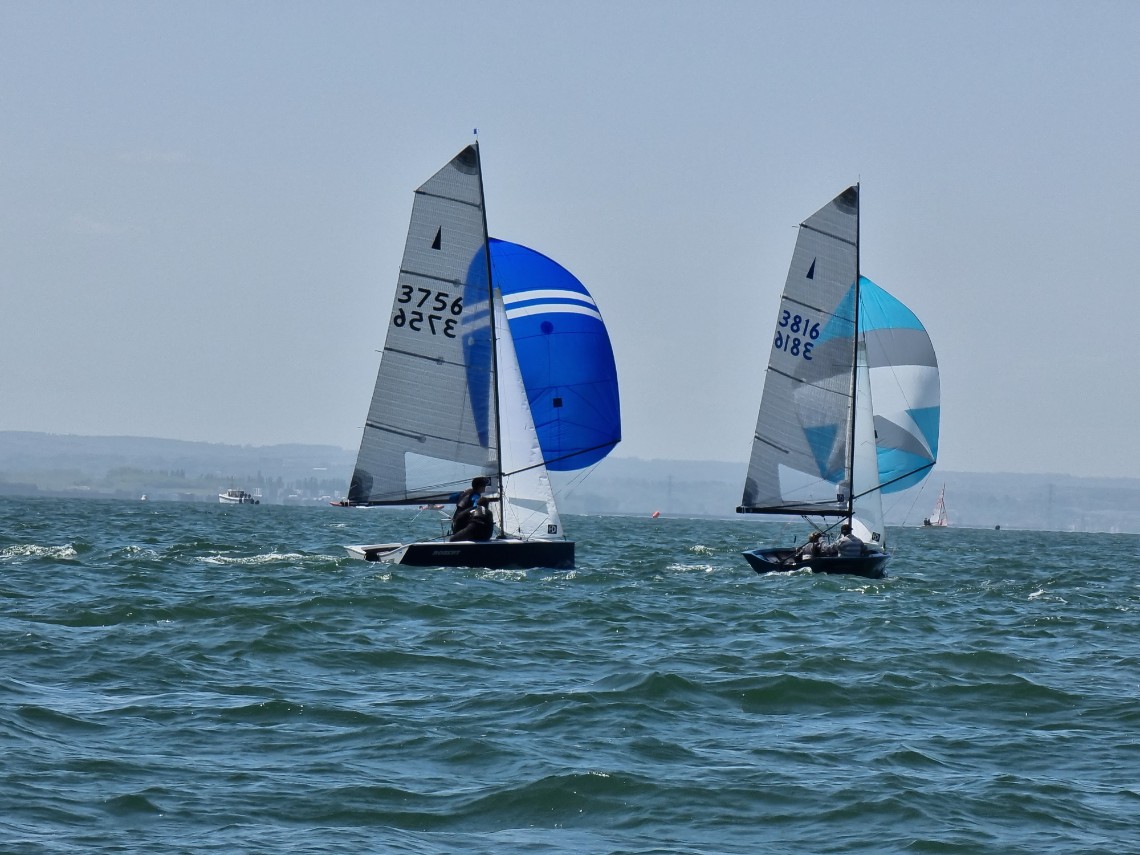 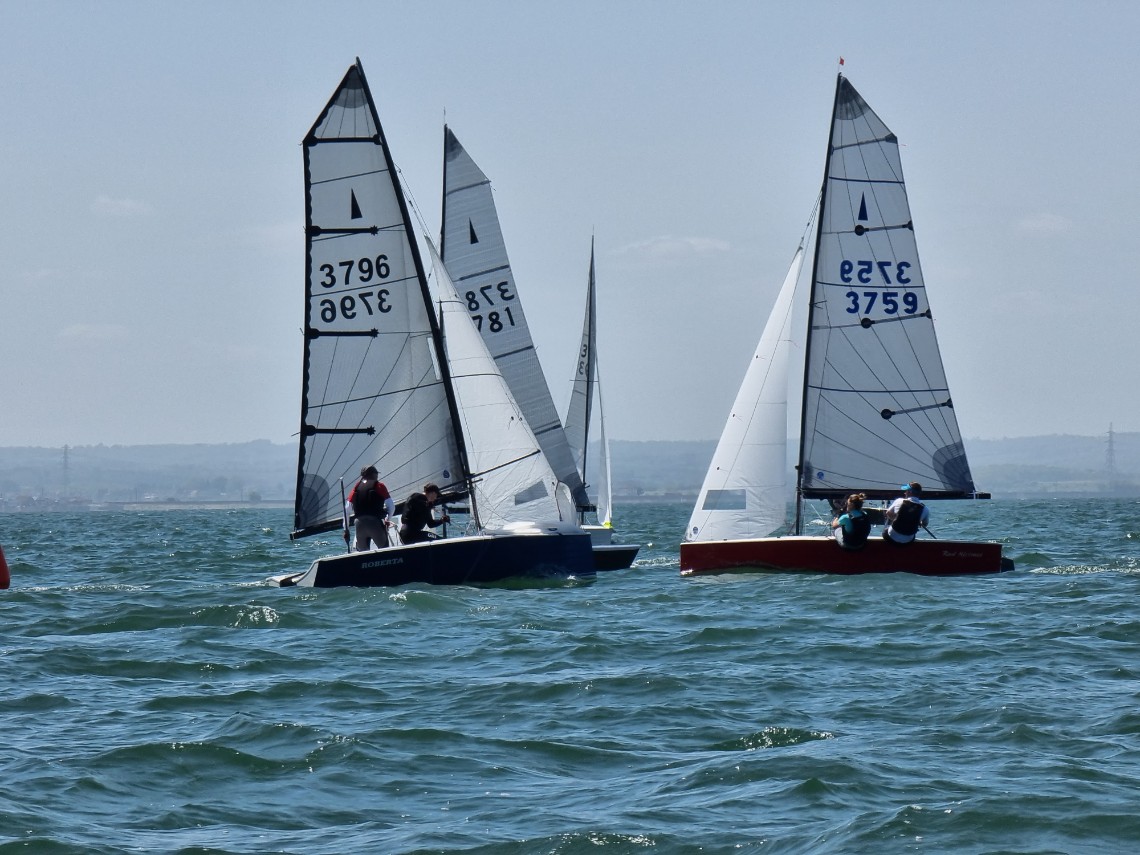 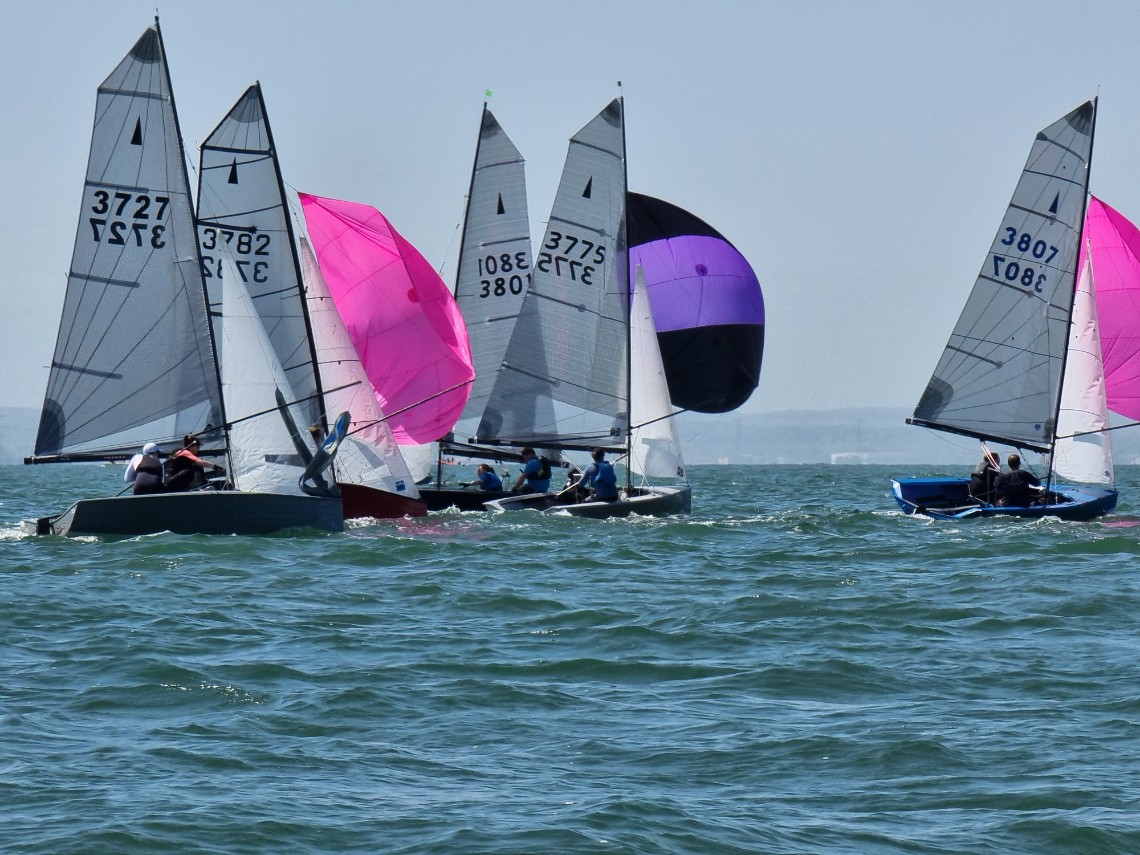 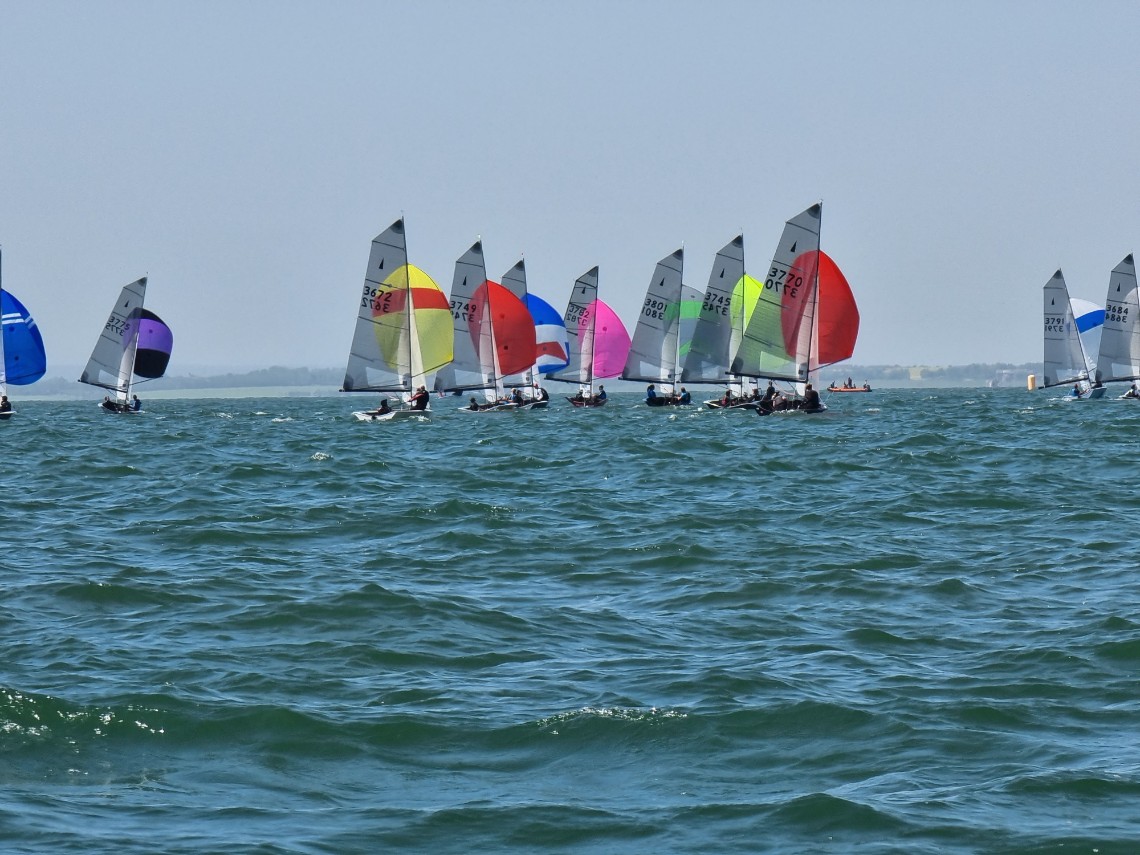 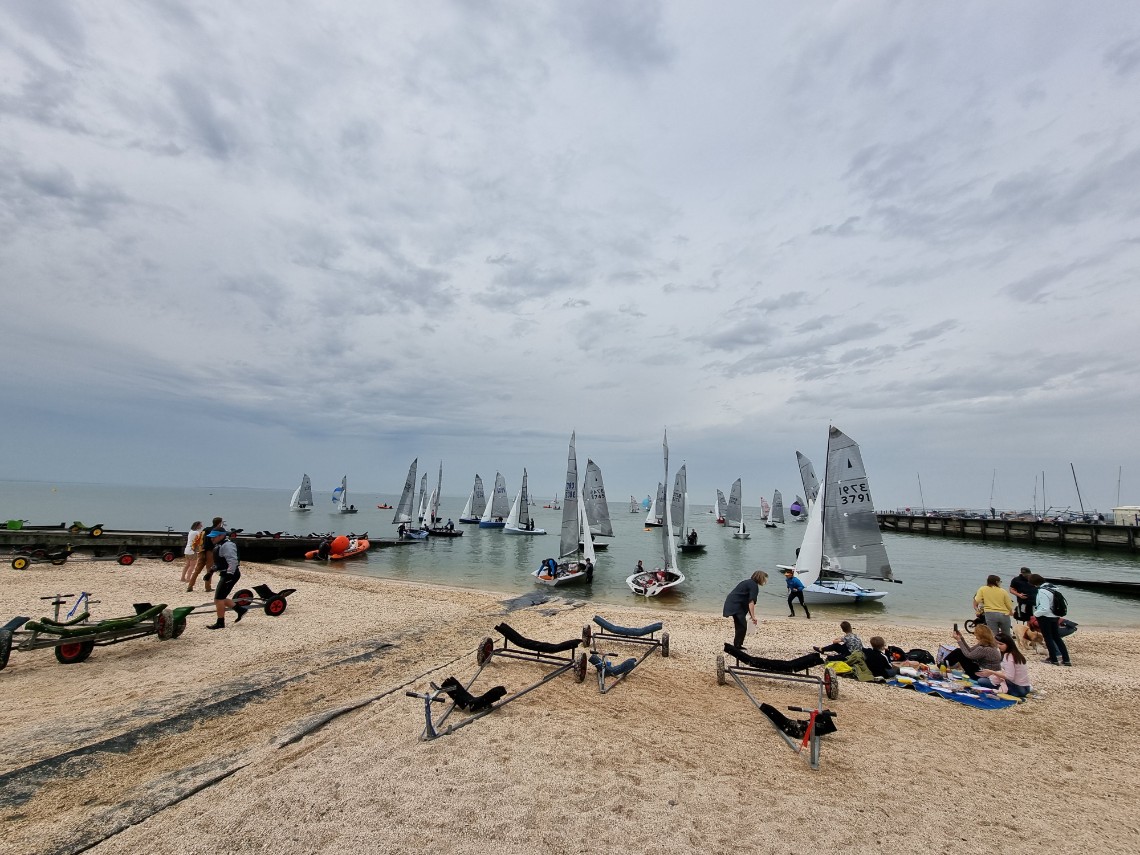 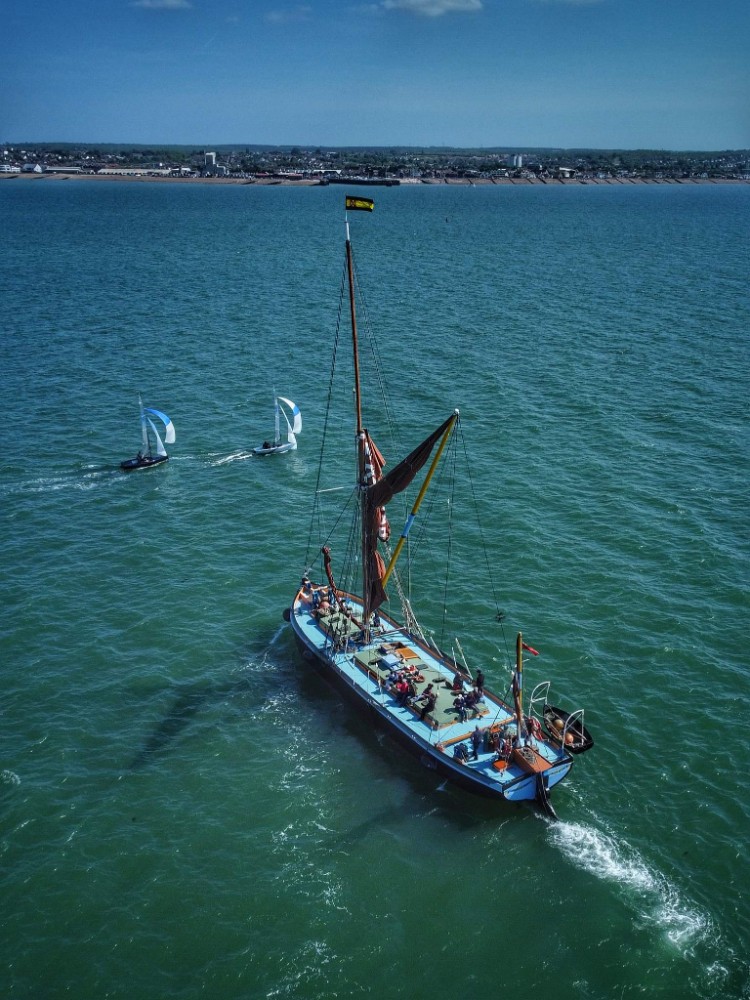 28 Merlin Rockets arrived at Whitstable Yacht Club to bright sunshine but very little wind on the morning of Saturday 14th May for the next round of the Craftinsure Silver Tiller. However, as forecast the wind filled in nicely, meaning just a short delay to the start time.

Race 1 began in 12 kts, with the tide just beginning to build, pushing you upwind. Will & Alex Warren started well & led early on, before Christian Birrell & Sam Breary took the lead which they’d hold to the finish. Tom Gillard & Rach Gray came close on the final run, but had to settle for second, with Will & Alex third.

Races 2 & 3 were sailed in near perfect conditions: 12-14kts, sunshine & warm enough not to even need a spray top – regardless of how your results went, you can’t not enjoy conditions like that! Tim Saxton & Mary Henderson led most of the race having started alone at the pin end after spotting it had moved considerably. However, Christian & Sam’s downwind pace enabled them to sneak by on the final run to grab another win. David Winder & Anna Blake sailed well to take third.

Christian & Sam won again in race 3 after extending on the first reach, with Tom & Rach also second again. Chris Jennings & Pete Nicholson also managed to sneak clear of the group to secure a podium place that their pace deserved.

Sunday dawned with the forecast promising a bit more wind, but this time it was wrong! The race team & sailors faced a really tough day with large shifts and huge ups & downs in pressure.

Race 4 was shortened to just 1 lap as the wind shut off, with many significant place changes towards the finish & even a few spinnakers up on the beat. Christian & Sam held their nerve to continue their perfect score line ahead of David Hayes & Jonny Ratcliffe. Ben Palmer & Mark Heather made the most of what wind was left to charge through into third in their borrowed boat.

After a short wait for the wind to “settle” again, race 5 got underway. Ed Champan & Chris Kilsby mastered the first beat to lead ahead of a tightly bunched pack. After several place changes Tom & Rach extended to take the win, Alex Jackson & Pip Kilsby did the same for second & Tim & Mary came third, just ahead of Ed & Chris. Ben & Mark made the best of a variable last run to sneak into sixth and secure the trophy for best Sunday results.

Christian & Sam’s grip on the event was not tested further as the wind completely went, forcing the fleet ashore. Tom & Rach were second overall, with Tim & Mary sneaking ahead of the rest for third.

No fewer than 15 different crews managed to secure a top 5 race over the weekend. Racing was tight, competitive & brilliant fun, reflecting the strength in depth of the Merlin fleet.

Next up the Craftinsure Silver Tiller heads to Tamesis on Sunday 22nd May 2022.

Thank you to Tim Saxton for the report.