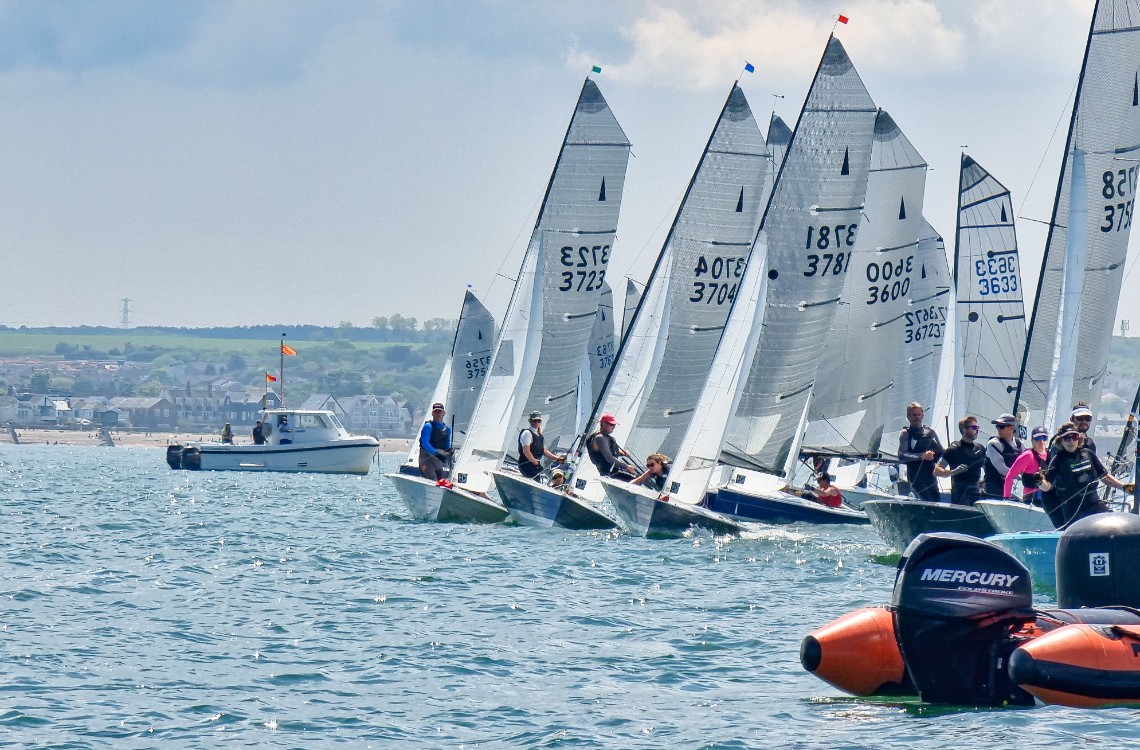 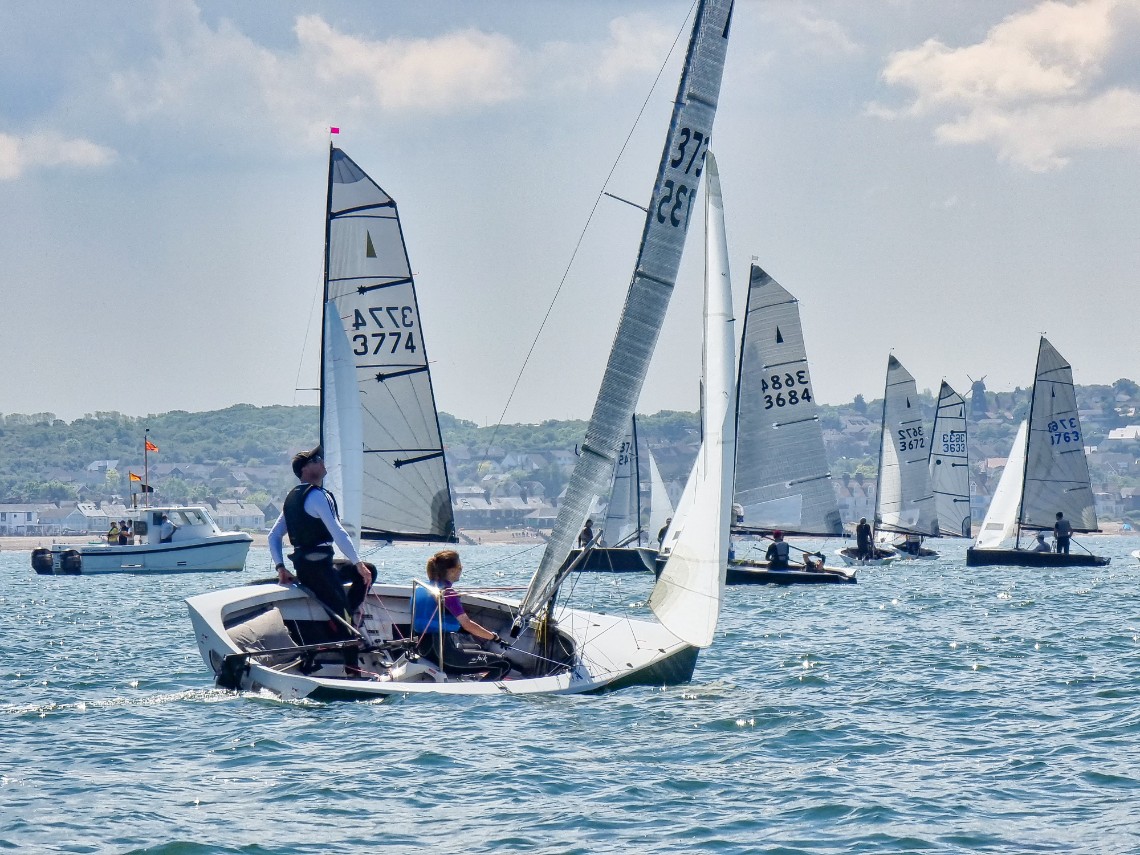 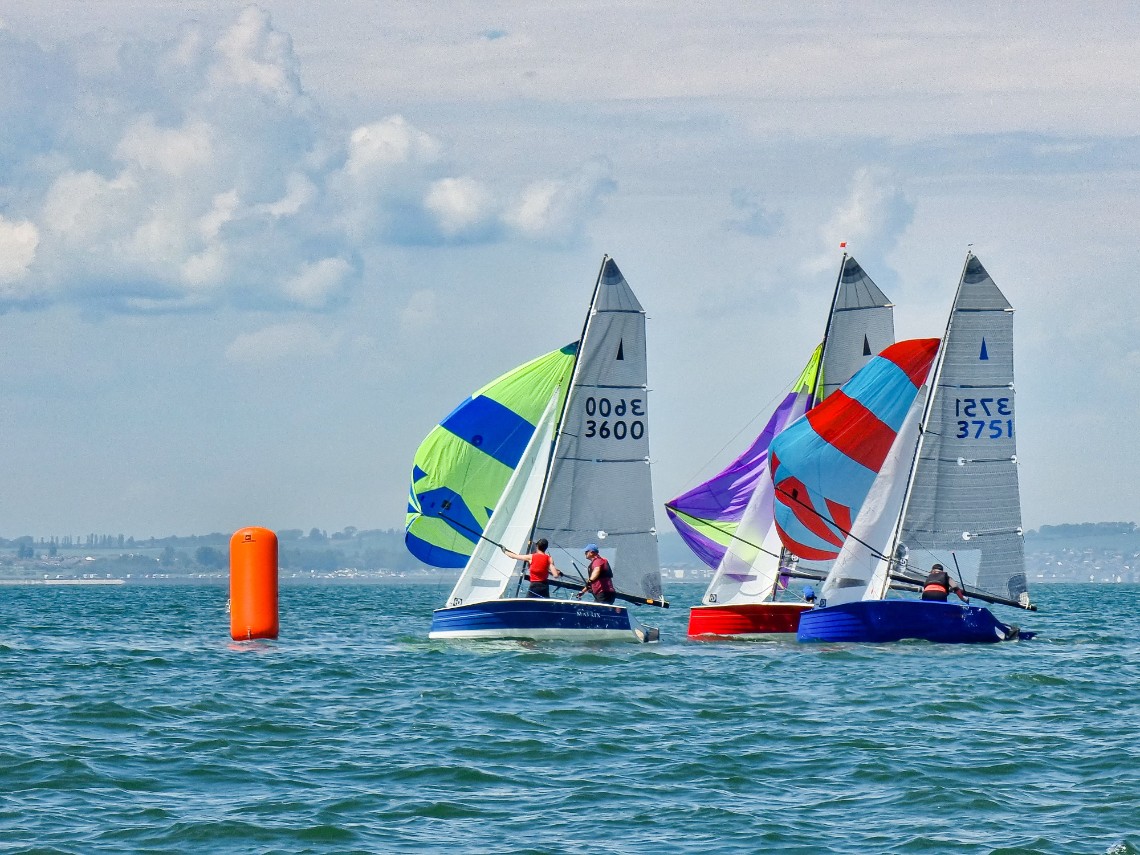 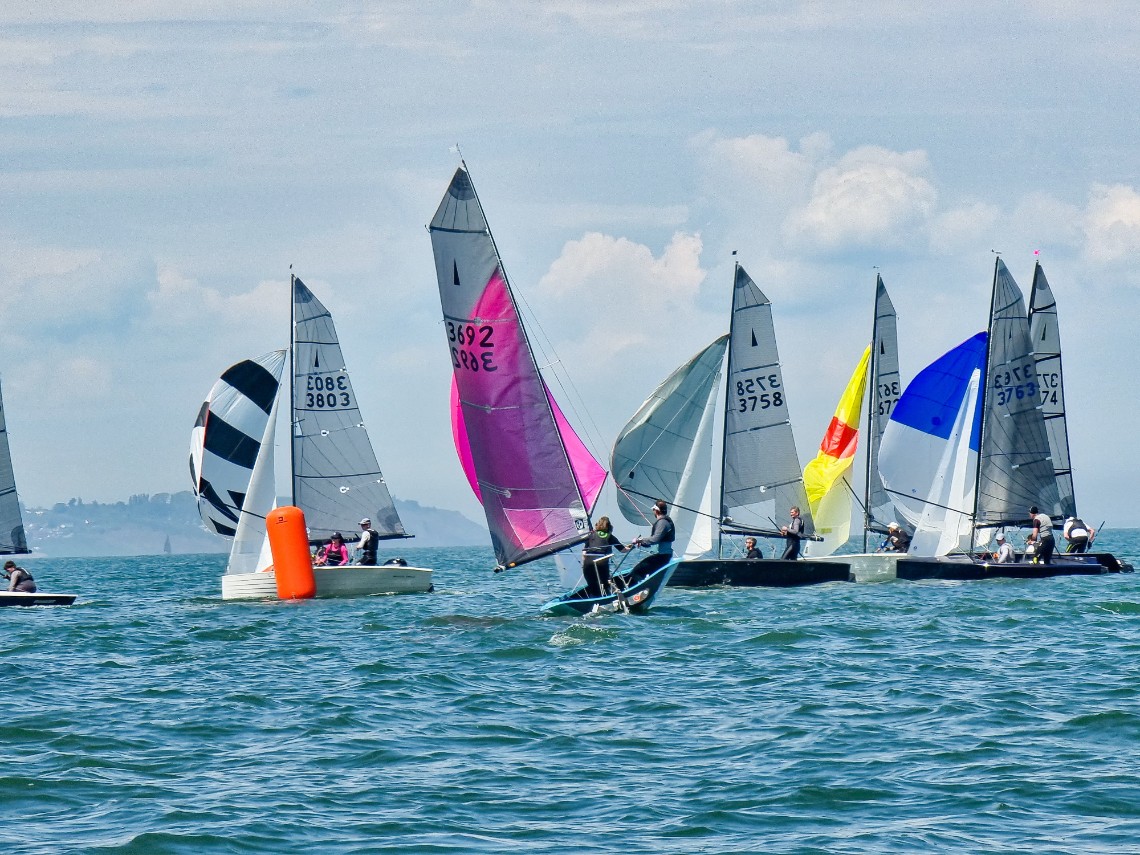 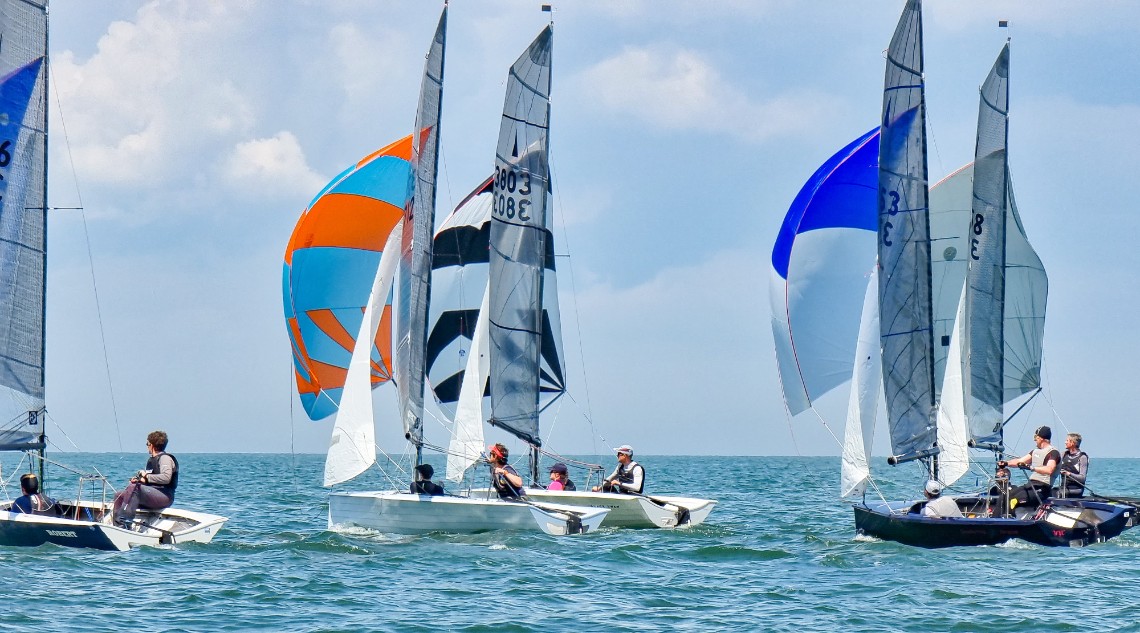 The weekend of the 5th and 6th June saw 23 Merlin rockets descend on Whitstable Yacht Club for a glorious weekend in the sunshine for the first Craftinsure Silver Tiller of 2021. The weekend was shared with the Tasar nationals, the only element missing from the weather forecast was wind!

After a one-hour postponement racing got underway in 3-5 knots coming from the north east, amazingly the fleet got away first time with the tide underneath them.  Chris Gould/Caroline Croft lead around the first mark, followed by William Warren/Megan Pascoe and Mark Barnes/Josh Wilce. Warren/Pascoe got stuck underneath a Tasar on the first reach which forced them to gybe away, in hindsight this wasn’t a good move. The wind slowly died causing the race to be shortened after one lap, Gould/Croft took the win followed by Barnes/Wilce and Steve Hall/Simon Haighton.

Day two started in a similar fashion, clear blue skies and not much wind, after a one-hour postponement a light sea breeze had filled in and racing got underway. Andy Davis and Becca Jones lead from start to finish, followed by Paul Rayson/Christian Hill and David Winder/Livvy Bell, sadly Winder/Bell had fallen foul of the black flag and were pulled out at the first gybe mark, this allowed Hall/Haighton into third, they slowly closed the gap on second and sneaked past Rayson/Hill on the last lap.

Race 3 and there was slightly more breeze, so the fleet were able to use their toe straps for the first time. Gould/Croft led early on from Davis/Jones only to catch a big lump of weed and fall back to second. They were followed by Barnes/Wilce into third.

Race 4, after a re shuffle of the course following a large windshift to the south. Pat Blake/Anna Blake started at the pin end on port and led the fleet around the first mark, it finished up with Gould/Croft wining from Ian Sharps/Alex Warren and William Warren/Megan Pascoe.

Thanks need to go to Whitstable Yacht Club for hosting the event and lots of credit to their race team for getting good racing in on a very tricky weekend.

Next up the Craftinsure Silver Tiller heads to Graham Water on the 12th to 13th June.