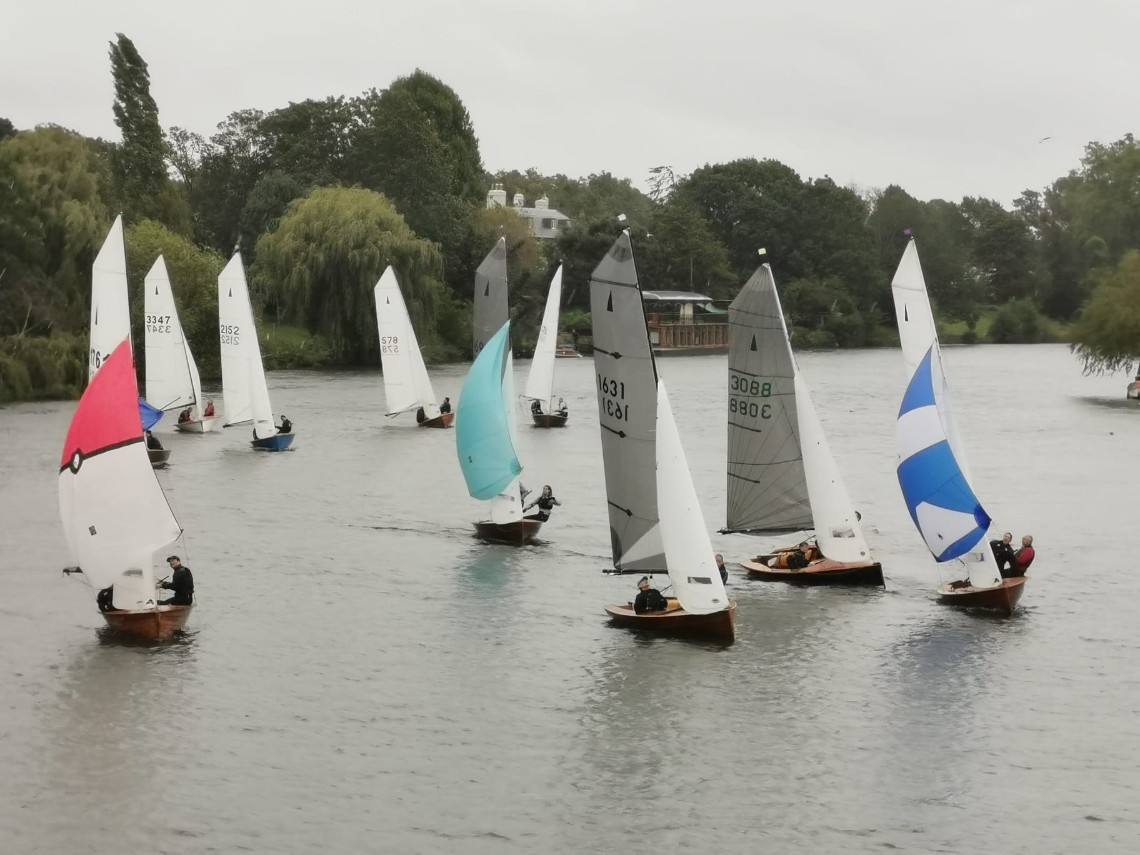 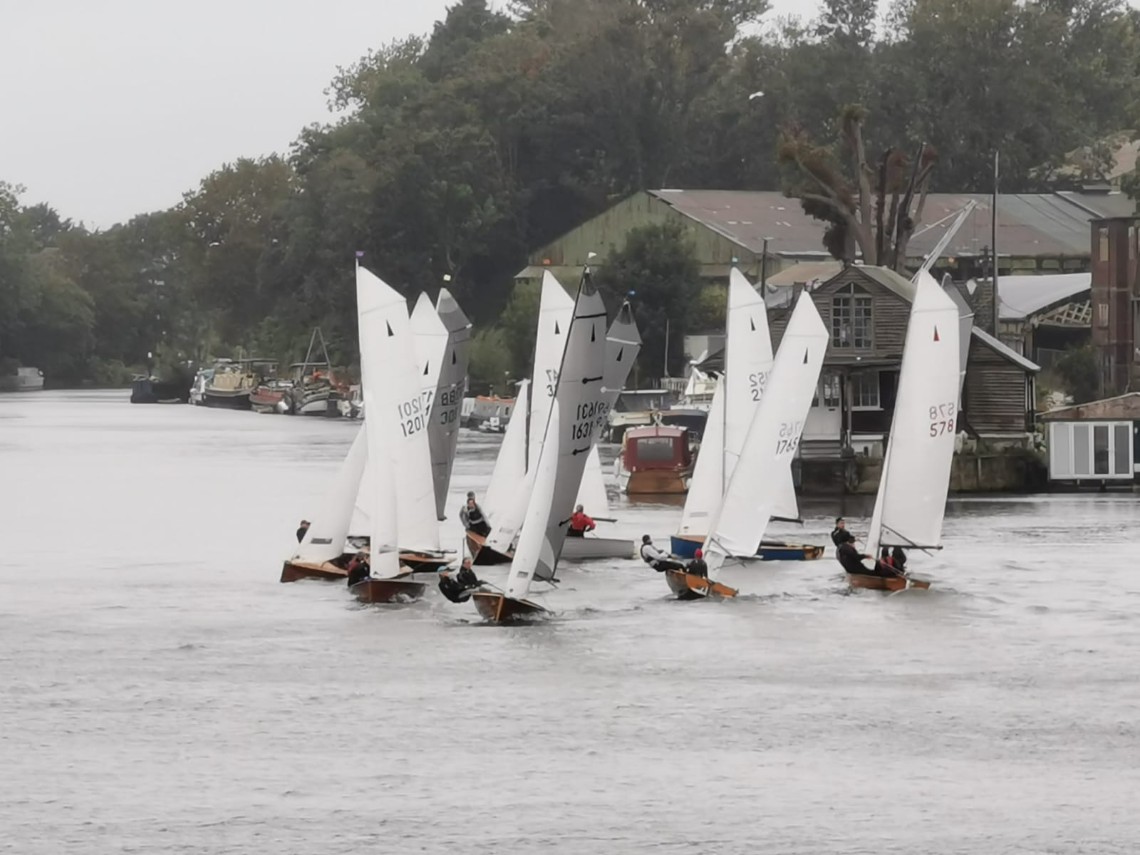 Ten boats were entered for the Hampton Vintage Merlin Open & De May final despite the forecast for heavy winds and a lot of rain. The race officer took the sensible decision to run two races back-to-back before the wind was due to pick up.

Race 1 started with a gentle breeze and the fleet headed up the first beat leaving behind John & Livvy Bell, who had lost their rudder on the start line.  Rob & Hatty Cage managed to make a clean break from the fleet after the first mark, leaving the rest of the fleet to battle it out. John & Livvy managed to catch up to fourth however, but due to more gear failure, dropped back down the fleet. Phil Dalby & Sophie Penwarden and Simon Girven & Richard Parslow were battling it out for second and third using some local knowledge to pull away from the chasing fleet. Rob & Hatty went on to win the race, followed by John & Livvy who managed to sneak up on the pack with Phil & Sophie in third.

Unfortunately for John & Livvy, it was déjà vu at the start as they were stuck on the start line buoy whilst the rest of the fleet sailed off, hugging the Hampton bank, and making their way towards the windward mark. Rob & Hatty took an early lead only to be pipped at the post by Andy Harris & Matt Key. Phil & Sophie were consistent again with a third followed by Simon & Richard who just managed to take over the recovering John & Livvy before the finish leaving them in fourth and fifth.

After a delicious lunch the race officer was keen to get the last race underway. There were three boats in contention to win the event, John & Livvy, Andy & Matt and Rob & Hatty all tight on points. The third race brought a gentle breeze with a couple of big gusts keeping the competitors on their toes. Andy & Matt and Simon & Richard battled it out at the front with a lot of position changes close to the finish line. Andy & Matt took the last race win as well as the event hotly pursued by Miles Palmer & Anna Aylward who took second followed by Simon & Richard in third.