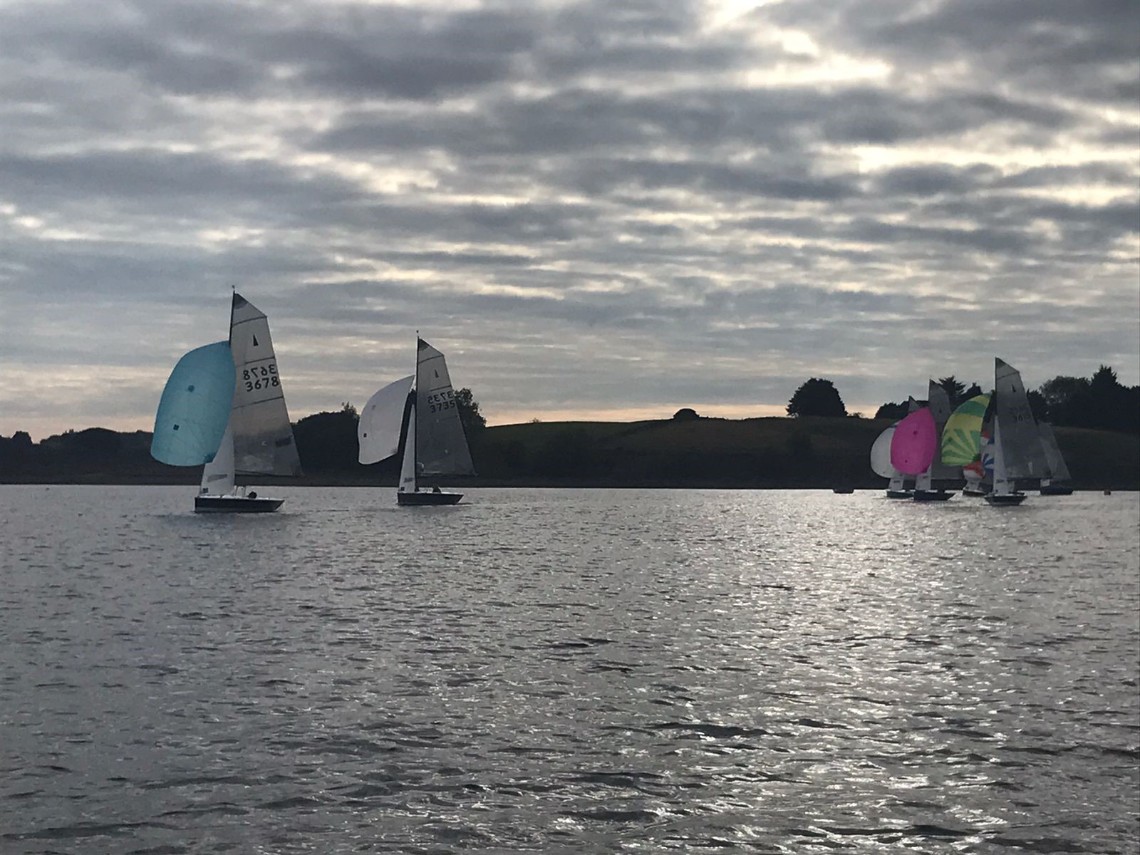 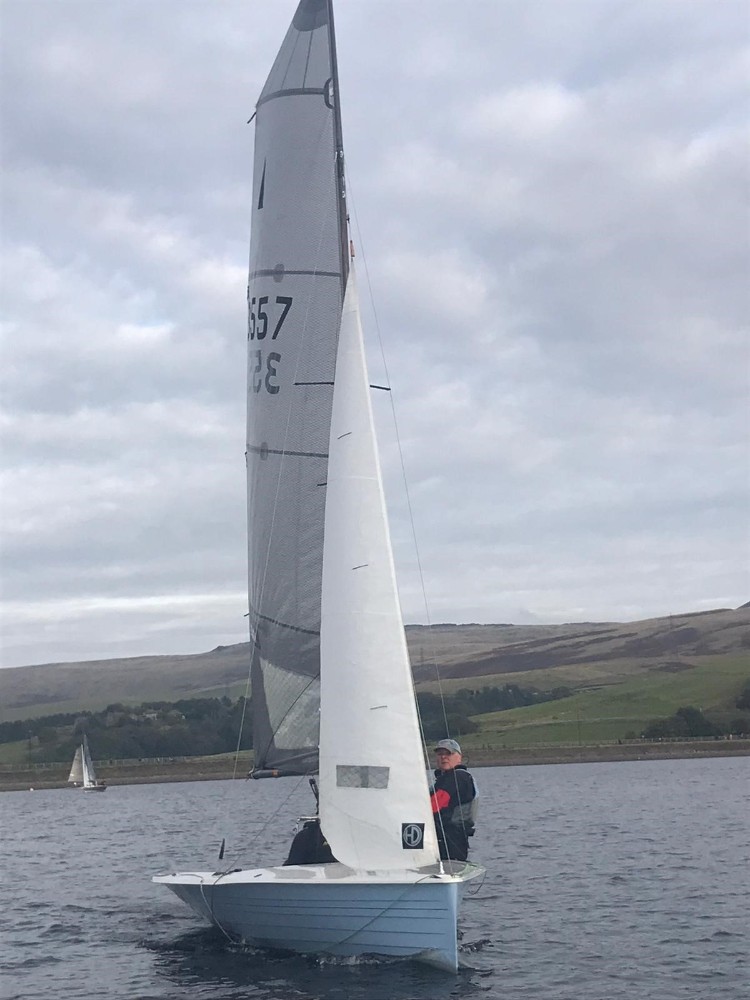 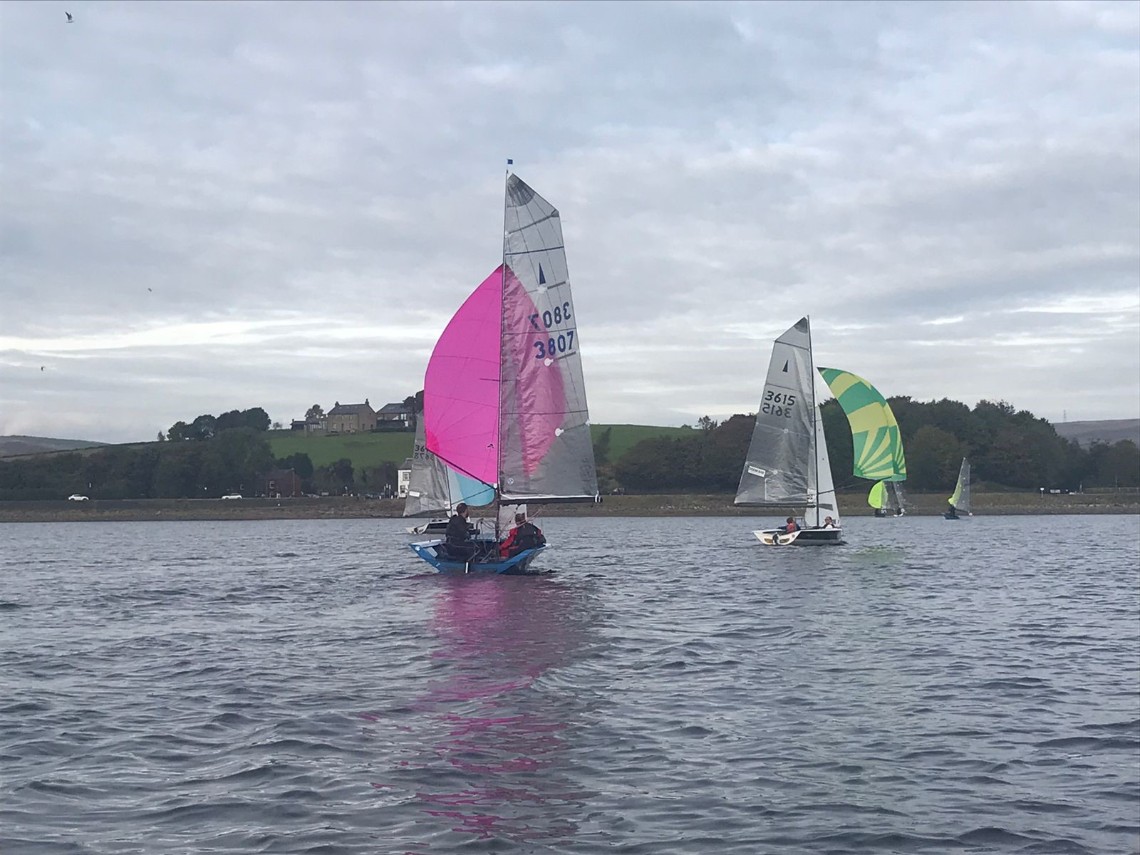 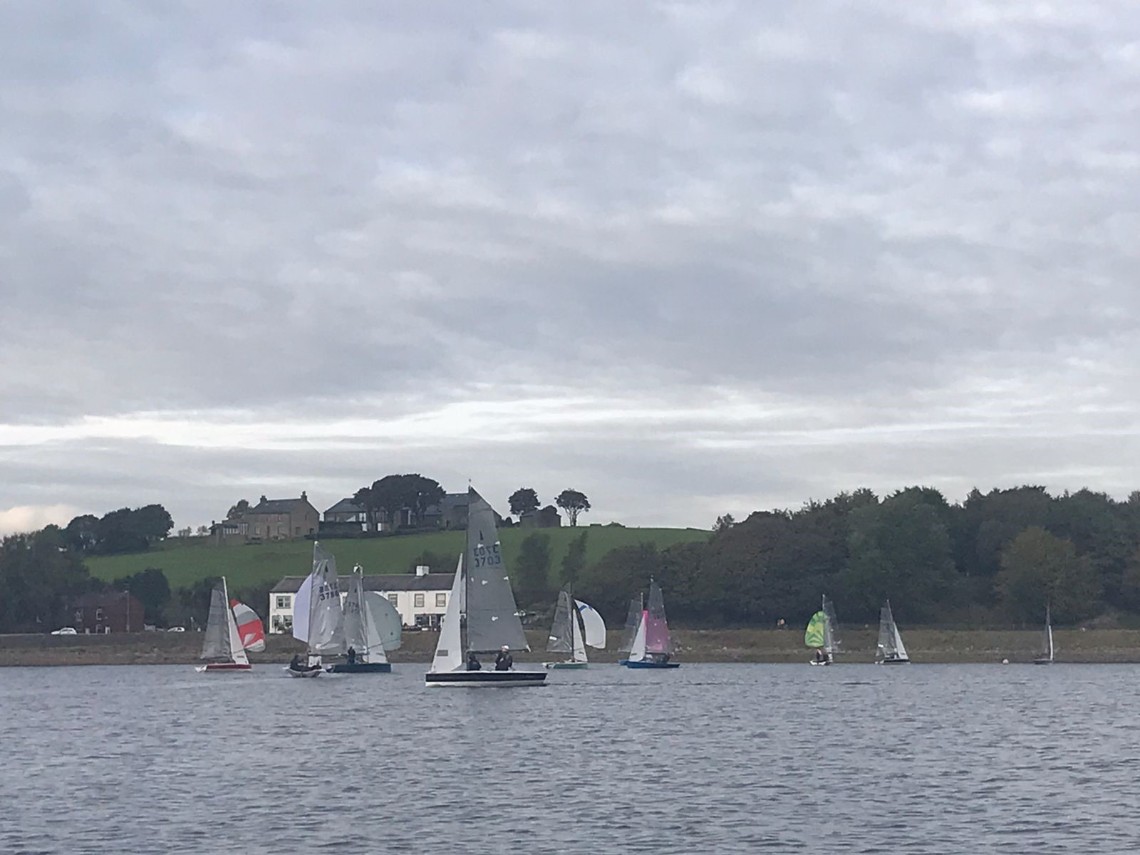 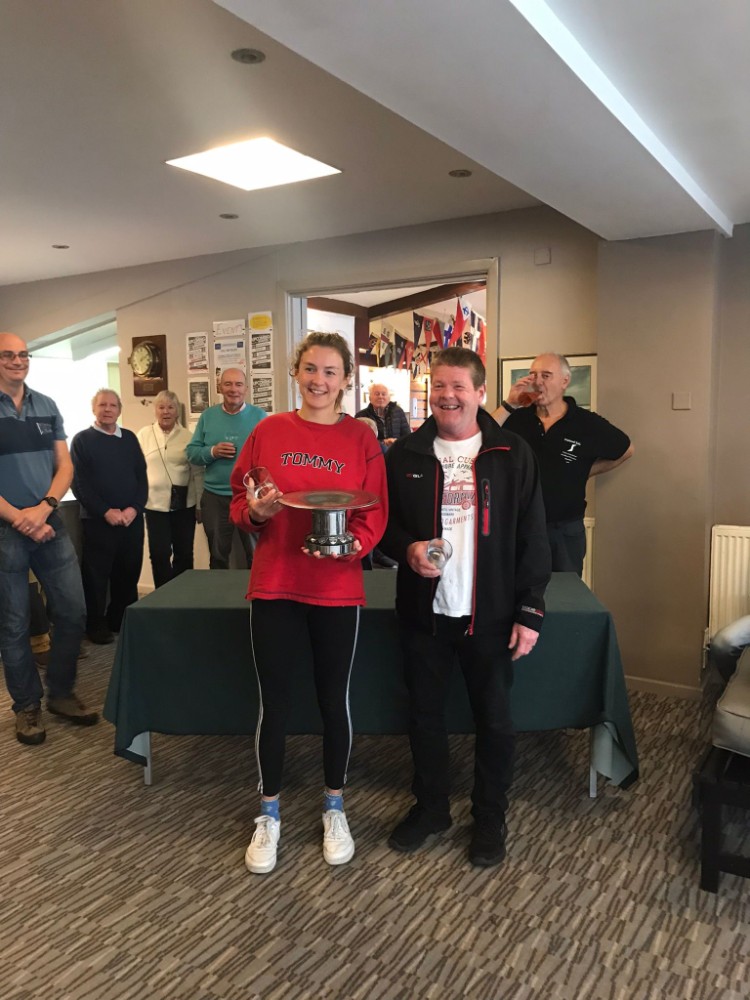 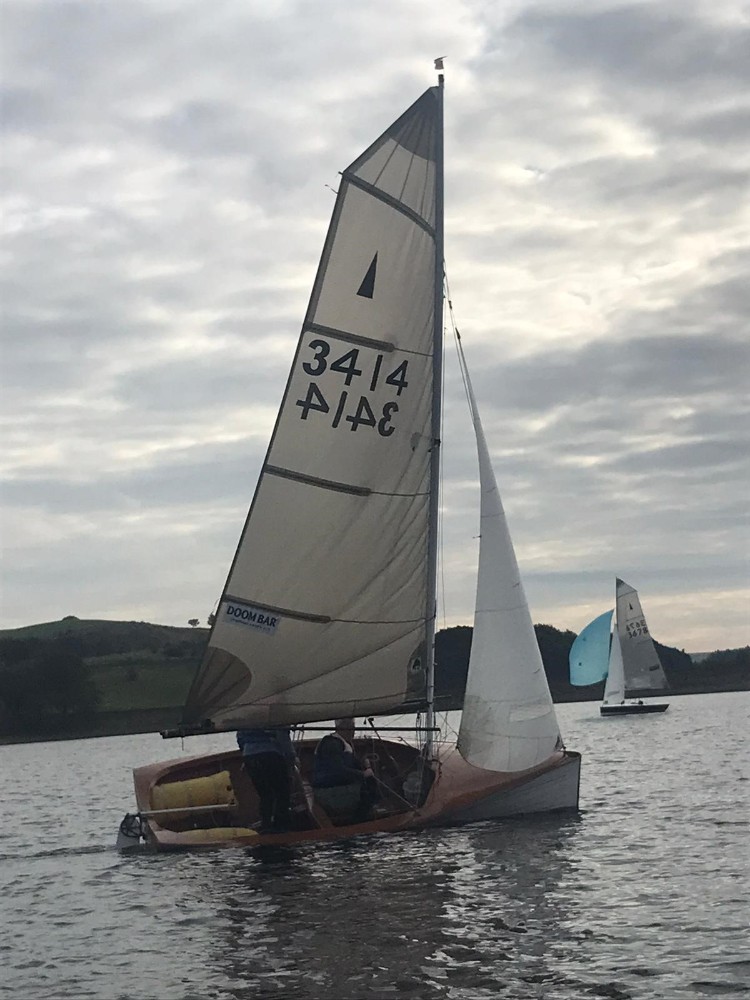 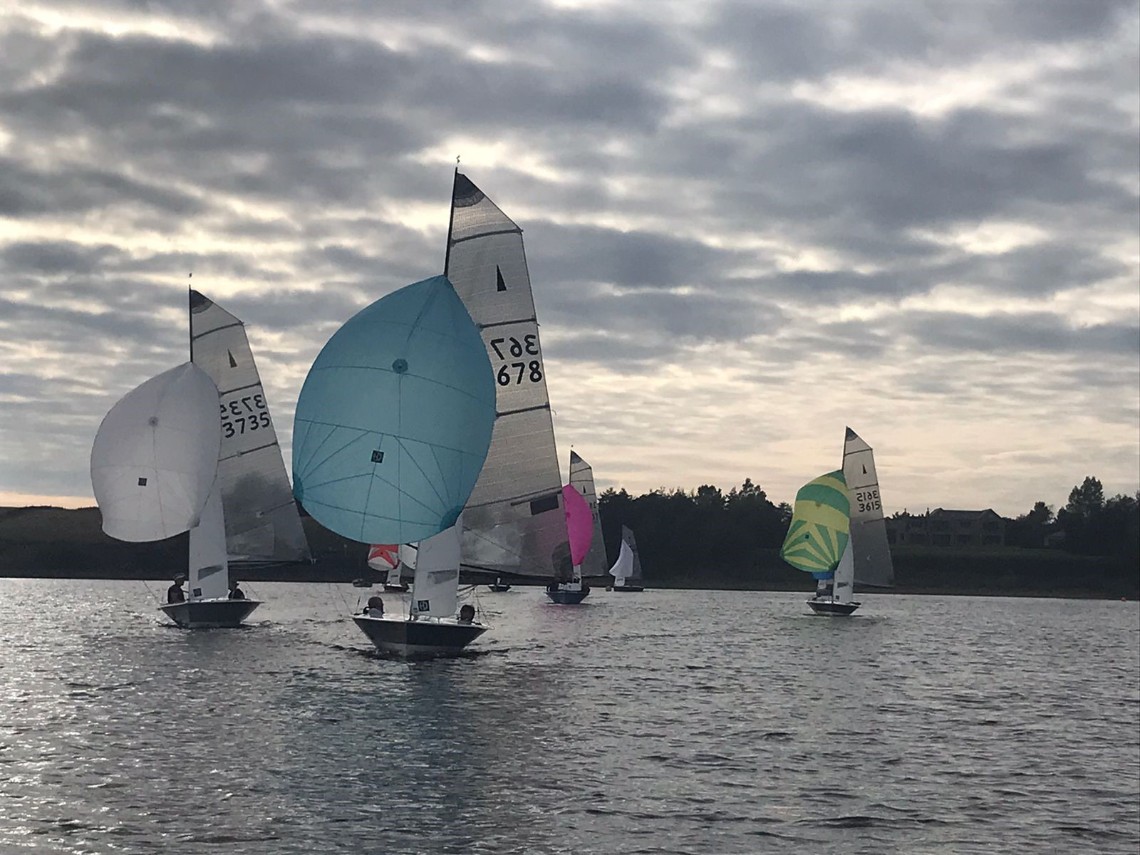 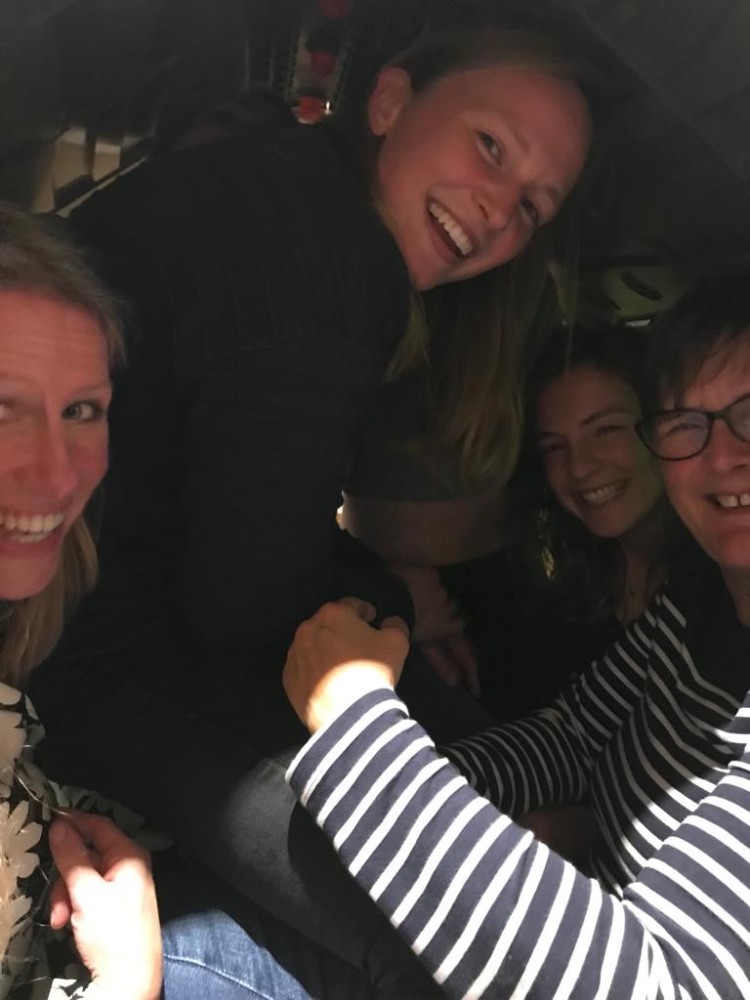 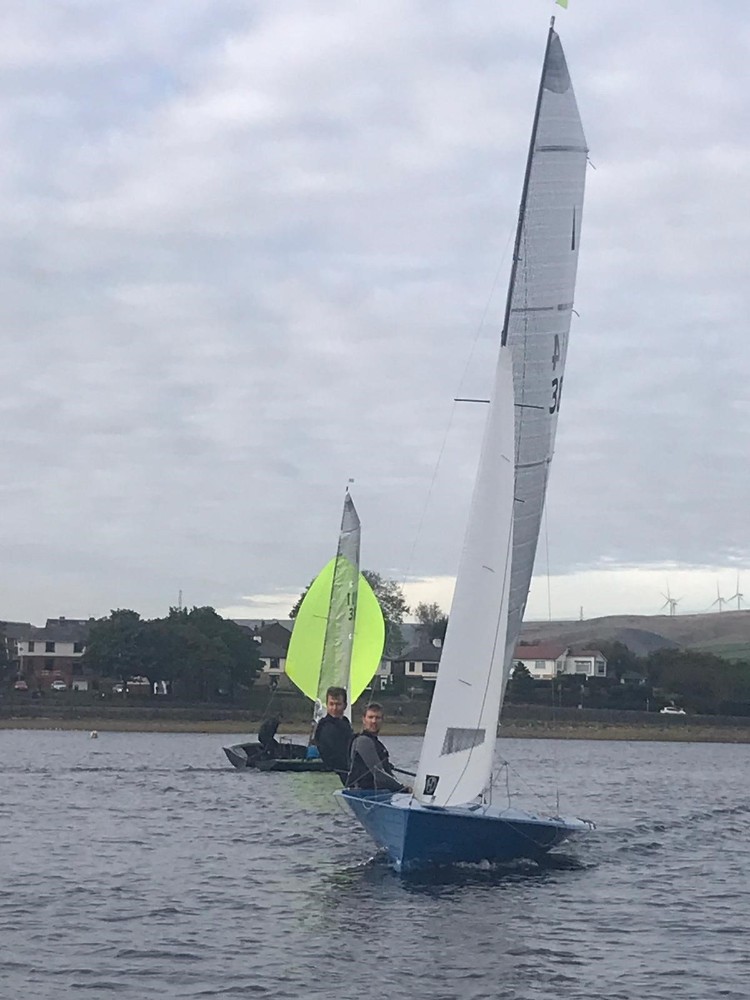 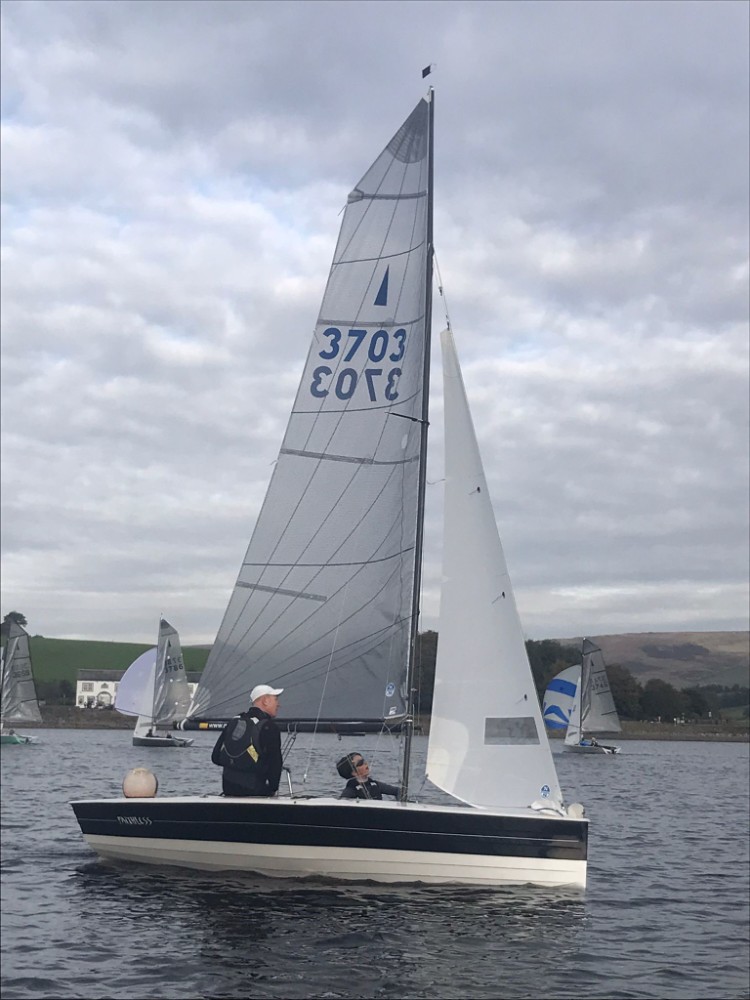 I normally sail my topper but when I got asked to crew in a Merlin how could I refuse the offer to have a go in yet another boat? It’s not that complicated compared to a topper. What could go wrong (apart from smashing my face on the lowers)? They’re definitely a bit bigger than a topper!

R1: light airs. Matt Biggs and Beka Jones took an early lead and managed to sail to a solid race victory whilst the fleet behind had a battle for 2nd (Arran Homan and Pippa Kilsby) and 3rd (Tim Saxton and Mary Henderson)

At mark 1 three obvious leaders Arran and Pippa, Matt and Beka and Dave Wade and Ben Rayner had escaped the main pack and got away into the lead whilst the rest of the fleet continued to battle in drifting conditions. The conditions suited some of the more experienced partnerships but was frustrating for all.

Sunday brought more breeze but rain as well. This seemed to slow down the rigging process.

R4: Saw Matt and Beka take the lead followed by Tim and Mary 2nd, then Steve Crook and Sally Townend in 3rd. These position held until the last beat where Richard and Jasper managed to sneak into third place ahead of Steve and Sally to take 3rd.

R5: Matt and Beka had another flier to win the event closely chased by James and Chris. 2nd overall went to  Arron and Pippa after finishing 3rd in the last race. Richard and Jasper managed to take Tim and Mary on the last beat to secure 3rd overall.

I really enjoyed the weekend and learnt lots from Richard and can finally fly a spinnaker properly. I am now counting the bruises from stepping over the centreboard case. I hope I can get back in a Merlin Rocket again soon. But for now I’ll stick to my topper J

From the nut on the tiller

So, to the legendary Felucca evening…

An excellent Spanish tapas buffet was laid on for the fleet and at £2 per pint the local ale was flowing nicely.

After enjoying the food and being invigorated by the laughter from the ‘locals’ table, mainly led by Boris and Debs Hegginbotham the fun really began.

The Port Hole was opened with disorganised helper inners and catchers projecting the victims through the window without injury. Job done, going through the Hollingworth Lake port hole ticked off the bucket list!

Pippa then somehow managed to coerce about 6 other people from her ‘short’ list into the Wendy house. No mean feat.

Oh and then some more drinking and socialising in the bar.

Many thanks to Nick Hornsby and his team for the race management plus John Groves for organising the Tapas. Thank you also to several other last minute local helpers who pulled together to make things such a success.

Finally, Jasper what a fun weekend, thanks for stepping in at the last minute. Blumin’ well sailed given it was your first time in a Rocket and no doubt you’re well under way to emulate your hero a certain Mr Stu Bithell.

It was another crackin’ Felucca, see you all there next year.

Next up the Craftinsure Silver Tiller heads to Wembley Sailing Club on 24th October 2021.