This year the 56th Hamble Warming Pan was part of the Craftinsure Silver Tiller, that saw 16 Merlins entered for the Saturday and 18 on the Sunday with a couple of late arrivals. Even though there were only 18 entered, they were an exceptionally strong bunch of sailors, who would be tested against the light elements forecast for the weekend.

The first race kicked off with sharp tacking towards the mouth of the estuary with a windward, leeward course set up just outside. Chris Gould and Chris Kilsby had a fantastic start to put them into the lead early on, closely followed by Andy 'Taxi' Davis and Alex Warren and then Caroline Croft crewed by Matt Lullham-Robinson. These positions remained till the end of the race, with Caroline and Matt managing to hold off Stuart Bithell and Tom Pygall who finished fouth.

After a scrumptious lunch on shore the sailors set out again for the second race with conditions becoming slightly lighter and making it even more challenging. Chris and Chris, despite the challenging conditions, managed to punch out on the start again to settle into a comfortable lead. Closely followed again by Taxi and Alex with Stu and Tom in third. During the second beat of the race, a slight mistake by Taxi an Alex gave Stu and Tom the chance to slip through. The finishing boats were Chris and Chris first, Stu and Tom second and Taxi and Alex in third. 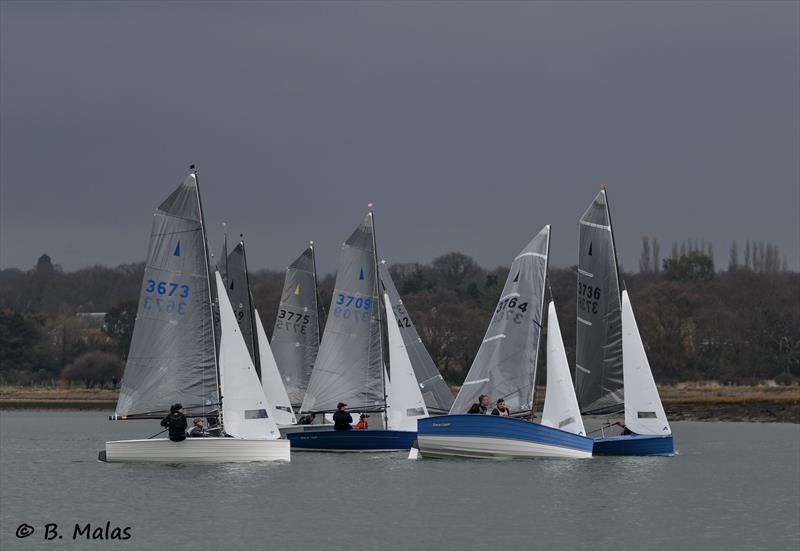 Day 2 of the Open saw the arrival of two more boats: Christian Birrell crewed by Matt Mee, and Richard Whitworth crewed by Edward Scroggie, which boosted the strength of the fleet even more so! The first race started with a very tricky running start, however with much experience and skill Will Henderson crewed by Mary Henderson managed to take to lead, closely followed by Stu and Tom. With a lot of tacking up the river, Stu and Tom just managed to pip Will and Mary to win the race, with Cristian and Matt in third.

After another delightful lunch it was all to play for in the afternoon. With the windward mark set a mile further up the river it displayed further challenges to the competitors. Up the first beat Taxi and Alex took the lead, followed by Chris and Chris, who ended up the wrong side of a pontoon causing them to tack every few seconds due to the lack of water. Taxi and Alex managed to take charge of the lead for the remainder of the race with Stu and Tom finishing second and Christian and Matt finishing in third again. Finishing in the top two was just enough for Stu and Tom meaning they won the weekend, second overall was Chris and Chris, and in third was Taxi and Alex. 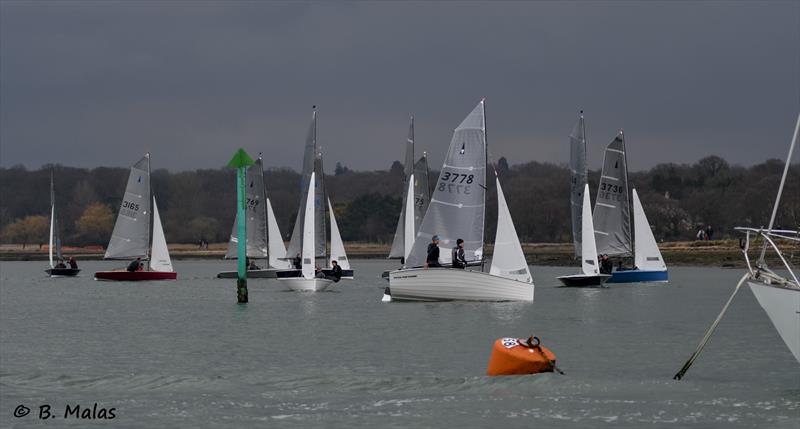 On behalf of all the competitors we would like to thank Hamble River Sailing Club for hosting such a great event and producing some brilliant racing.

The 2018 Silver Tiller is sponsored by Craftinsure, with Magic Marine as the official clothing partner for the class.